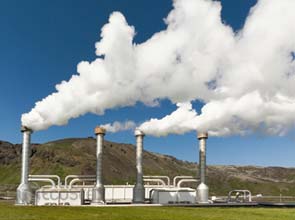 The merged company, known as Alterra Power Corporation, would be worth about $575 million and will combine Magma's current focus on geothermal power with Plutonic's involvement in hydroelectric and

wind power, as well as some planned solar projects.

"Geothermal is a small energy sector and has real limits to its growth since it only occurs in specific places on earth and many of the world's best geothermal assets are already developed," Magma chairman Ross Beaty said during a conference call.

Overall, Alterra will have 198 megawatts from Magma's geothermal assets and 168 megawatts generated from Plutonic's hydro and wind assets.

The all-share deal would see Plutonic shareholders receive 2.38 shares of Magma stock for each Plutonic share – or roughly the equivalent of $2.60 a share. The $170 million valuation is based on Magma’s closing price on March 8 of $1.10 a share and the 65.4 million Plutonic shares outstanding.

Magma is also taking on $10 million in unsecured debt from Plutonic, providing working capital and repayment of an $8-million promisory note held by General Electric Energy Financial Services. The deal will also save the companies an estimated $2.2 million a year in administration costs, they said in a statement.

Traders on the Toronto Stock Exchange reacted to the deal when it was announced on March 7, sending shares in Plutonic up about 8.3 percent to $2.62, while Magma shares fell 4.1 percent to $1.17.

Mr. Beaty said that geothermal will remain a core focus of the new company, but acquiring hydro, wind, and solar resources from Plutonic will aid its plans to expand in other renewable energy sources in the future through Plutonic.

Plutonic's flagship operating facilities are the Toba Montrose hydroelectric project and the Dokie wind farm in British Columbia, which are held in partnership with General Electric’s financing arm.

Magma, North America's second-largest geothermal energy company, has a portfolio of properties in the Western United States, Iceland, Chile, and Peru that have the potential to harness the power of geothermal hot spots near volcanoes and geysers.

“In the renewable energy business, bigger is better and this combination will achieve that while enhancing returns to each company's shareholders," he added.