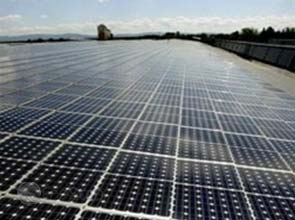 The Massachusetts-based company said it is seeking reorganization of its debts and assets in the United States Bankruptcy Court in Delaware. Companies that file for Chapter 11 usually plan to cut debt, streamline business, and continue operating.

A company created by the note holders called ES Purchaser L.L.C. will serve as a “stalking horse” bidder for the company’s assets. It will call the initial bid on the bankrupt company's assets and to avoid low bids on its assets from other parties.

As part of its reorganization, the company will also lay off about 65 people in Europe and the United States and shut down a plant in Midland, Michigan. A factory in Wuhan, China will remain open while the company negotiates with its Chinese investors. Evergreen has about 133 employees.

The company’s stock prices dropped a whopping 58.33 percent to 18 cents apiece on the Nasdaq and will likely continue until Evergreen stocks are worthless after the company reorganized its business under Chapter 11.

“[B]ased upon the estimated value of the company’s assets, the assets are expected to be insufficient to satisfy all its obligations to its creditors,” Evergreen stated in a press release.

“Accordingly, it is expected that no distributions will be made to holders of common stock and the common stock will be extinguished upon consummation of the Chapter 11 plan,” it added.

Mr. El-Hillow assured that day-to-day operations in Evergreen will go on and that it will continue to pay suppliers and vendors while the reorganization and the sale of its assets was ongoing.

Aside from its debt, the company has been struggling to turn around its increasing losses. For the first quarter of the year, Evergreen reported a net loss of $33.37 million, and for the fourth quarter of 2010, lost $410.95 million.

The Chapter 11 filing came after a two-year struggle against stiff competition from Chinese companies that sell solar panels at much lower prices, Mr. El-Hillow said in court papers.

The increasingly crowded market forced Evergreen to even relocate manufacturing to China, possibly to benefit from government support. Its Wuhan factory, which was opened in 2010, was actually funded by the Chinese local government with $33 million.

Mr. El-Hillow said in a statement that the company experienced a 10 percent decrease in average selling prices during December 2010. In January, Evergreen announced it would shut down its Devens, Massachusetts factory, leading to the loss of 800 jobs.

“Since January, Evergreen Solar has been aggressively repositioning itself to fully leverage the potential our String Ribbon wafers can bring to high volume solar cell and module manufacturers as these customers are facing severe pressure to further reduce their total cost of manufacturing and particularly their wafer supply costs, Mr. El-Hillow said.

Evergreen was a hit for businesses because its solar wafers used to assemble solar panels were grown and cut into wafers using lasers, reducing manufacturing cost from using less silicon compared to conventional wafer manufacturing methods.

In comparison, conventional wafer manufacturing methods make silicon ingots that sawed off into wafers and subjected to further polishing and refining.

Evergreen's stock prices hit an all-time high of $113.10 in 2007, a period when polysilicon prices, the key ingredient for solar wafers, were much higher. In October 2008, polysilicon prices peaked at $365.80 per kilogram.

However, that company’s cost advantage became less meaningful as silicon prices gradually retreated. In December 2009 silicon prices plunged to $51.90/kg, according to ICIS Heren. As of August, data from P.V. insights.com showed that polysilicon was sold at $52.400/ kg on average.