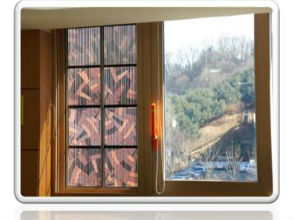 Solar photovoltaic technology has been around for decades now; installations of solar panels using the photovoltaic effect to convert sunlight to clean, renewable energy can be found on almost every continent.

Solar P.V. depends on semiconductor materials that display the photovoltaic effect. When photons of sunlight hit these materials, they are absorbed and the material releases electrons to flow and generate an electric charge.

The most common and mature photovoltaic technologies are based on the use of silicon as a semi-conductor material. While the use of silicon-based P.V. has been widely accepted since the 1950’s, many feel that this is not the end when it comes to developing cheap and efficient ways to harness sunlight for power.

One promising technology is what’s come to be known as the dye solar cell which uses organic dyes to absorb sunlight and excite electrons to generate electricity.

Next step in solar generation

Mr. Thompson explained to EcoSeed that, a D.S.C. artificially recreates a leaf which absorbs sunlight through the use of chlorophyll. However, instead of chlorophyll they use a light-absorbing dye covering a photocatalyst.

Australian-based Dyesol is a global supplier of D.S.C. materials and technology. Formed in 2004 to commercialize D.S.C., they partner with multinational companies and research associations in 30 countries.

“As a third-generation solar technology, it’s quite exciting because it can be used and applied to surfaces and places where conventional first generation cells and crystalline silicon solar panels can’t,” said Mr. Thompson.

D.S.C. materials can be applied onto metal, glass and even plastic-based surfaces, allowing these to become energy-generating devices. This makes them particularly suited for the promising market of building integrated photovoltaics.

Other features of D.S.C. that make it particularly interesting to the B.I.P.V. sector is that it is less sensitive to the angle of incidence and does not need a perpendicular light source, so it can be curved around the facades of buildings; it can generate electricity from either side allowing it to follow light changes; and it can also be different colors or transparent.

“Another good feature of D.S.C. is that it works well in all solar conditions. It doesn’t need direct sunlight, it just needs light,” said Mr. Thompson.

This means that D.S.C. doesn’t need to be in an area of high-solar irradiation and can even work well indoors as it harvests light more effectively than traditional silicon solar cells which need direct sunlight and whose performance can be affected by shade and cloud cover.

Bright future for a growing technology

“This is still a young technology, but it’s being commercialized quite rapidly now,” said Mr. Thompson.

The technology that Dyesol works with was originally developed in 1988 at the Ecole Polytechnique Fédérale de Lausanne in Switzerland. Professor Michael Graetzel found that nanoparticles of semiconductor titanium dioxide, coated with a layer of dye could effectively absorb light and convert it to an electrical current.

Dyesol became a pioneer licensee of this D.S.C. technology and is working to commercialize the knowledge by supplying key materials for the technology its research and industrial partners.

At the start of 2013, Dyesol and the Energy Research Institute at Nanyang Technological University in Singapore signed a two-year collaborative agreement for scalable and commercially feasible D.S.C. technology.

The two will be sharing intellectual property with Dyesol having the opportunity to take out commercialization rights for the new I.P. granted under this agreement.

For its work, the company also won the inaugural Innovation category at the 2012 Clean Energy Council Industry Awards during the Clean Energy Week Conference in July of last year. The new category recognizes demonstrated excellence and leadership in innovation and research in the clean industry.

“We’re looking all the time at new and improved materials and structures,” said Mr. Thompson. “As our partners move towards commercialization, it’s an opportunity to use our expertise in other applications. We see the market growing for our materials.” 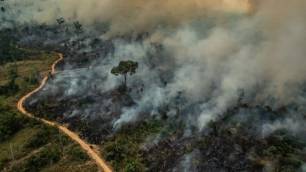