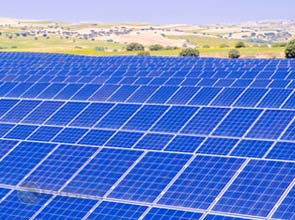 The recently formed J.V. is seen as a step towards the implementation of a framework agreement that the two companies signed in 2013.

Last year, Yingli China and China Rich Energy signed a framework agreement to outline their long-term cooperative relationship. The framework agreement contemplated the establishment of a J.V. which would develop 500 megawatts of distributed generation solar projects in the country, 200 MW of which will be installed on sites to be provided by C.N.N.C. or its subsidiaries.

“While C.N.N.C remains committed to nuclear power development, we are increasing our activities in the renewable energy space, in order to expand our development space,” said Hongchao Xu, chairman of the J.V. and deputy general manager of China Rich Energy.

“The cooperation with Yingli Solar reflects our strategy and is in line with the strategic targets of the Chinese government to promote ecological civilization and sustainable development,” he added.

“In light of policies recently adopted by the Chinese government, we expect distributed generation solar projects will embrace rapid growth in China in the near term,” commented Liansheng Miao, chairman and chief executive officer of Yingli Green Energy.

Meanwhile, Yingli Green Energy has supplied Serbia’s second largest solar project with 1 MW worth of multicrstalline photovoltaic modules. The 1 MW-project, which will be located in the municipality of Kladovo, will be the largest ground-mounted solar PV installation in Serbia.

“We are delighted to work with Yingli Green Energy on this flagship project, which is evidence of the Balkan’s steady progression towards sustainable green energy,” said Milos Kostic, managing director of Solaris Energy Ltd.

This is the second J.V. that Yingli Green Energy has formed this year for the development of solar power projects; the first one was with coal mining enterprise Datong Coal Mine Group (see related story). – EcoSeed Staff