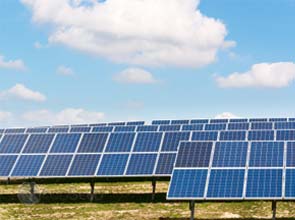 CEC GreatWall Energy will raise over $87 million to fund the procurement and construction of solar power projects in the Guangdong and Jiangxi provinces in China.

CEC GreatWall is a division of China Great Wall Computer Shenzhen Co. Ltd., the acquired the assets of solar company Satcon in 2013. The announced projects in Guangdong and Jiangxi will be using Satcon’s technology, the Satcon PowerGate Plus and the Satcon Galaxy Series inverter solutions.

“We are very pleased to help China to achieve its goal of increased solar power production across the country,” said YC Yu, vice president of GWE. “Since our acquisition of Satcon in 2013, G.W.P.C. has delivered over 150 megawatts of inverter solutions in addition to the over 3 gigawatts sold since 2009. The projects demonstrate the continued strong demand for Satcon and allow us to showcase our flagship technology platform as well as our newest offer, the Galaxy series.”

The projects, which will include both rooftop and ground mounted solar, are subject to government final approvals.

The solar power plants will be a part of China’s National Energy Administration’s 12th 5-Year Plan for the Development of Renewable Energy Resources. The plan aims to increase distributed photovoltaic power generation capacity in the Central and Eastern parts of China to 10 gigawatts by 2020. – EcoSeed Staff