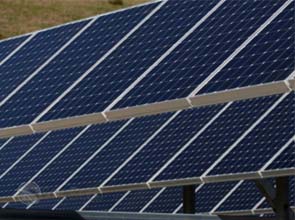 The company will invest $12 million in the facility which will have an annual manufacturing capacity of 230 megawatts of solar modules.

The facility is scheduled to begin production by the second quarter of 2015. Hanwha SolarOne will hire around 200 new employees to work in the facility, including research and development personnel.

Hanwha SolarOne is building the facility to service local Korean demand for solar modules as well as to further diversity the company’s manufacturing capacity.

Hanwha SolarOne is a photovoltaic module manufacturer that is a flagship company of Hanwha Group, one of the largest business enterprises in South Korea. The company serves the utility, commercial, government and residential solar markets and has a global business network spanning Europe, North America, Asia, South America, Africa and the Middle East. – EcoSeed Staff