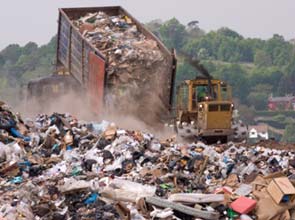 Hong Kong Secretary for the Environment KS Wong reiterated the call for a landfill extension in the region, saying that the need is urgent.

Mr. Wong said that the Government has communicated with stakeholders with regards to the issue to gain public support, and added that operation in landfills has now improved.

The Hong Kong government has been pushing for landfill extension since July of last year due to the fact that the region’s landfills are projected to be full in five to six years (see related story).

Waste charging could be the answer

Meanwhile, the environment secretary also said that the waste charging public engagement has ended this January 24, and the Council for Sustainable Development will be submitting a report to the Government.

According to surveys that were conducted, majority of the people in the region support waste charging, but there are some concerns on the scheme’s implementation. The region’s government will study feedback to review the scheme and work with the community to build support for the plan.

The waste charging public engagement was launched back in September 2013 so as to encourage stakeholders and the public to implement municipal solid waste charging so that community waste can be reduced at its source, in the hopes of prompting Hong Kong’s sustainable development.

The Council for Sustainable Development noted that waste charging does not recover costs, but instead, establishes behavioral changes in people’s daily lives through economic incentives.

The waste charging public engagement was spurred due to the 13,400 tonnes of waste being sent to landfills daily; of which, 67 percent is municipal waste from domestic, commercial, and industrial sectors.

Hong Kong’s waste problem has been a constant issue for the region. In fact, just this January, the Environmental Protection Department has announced that it has increased the number of glass bottle collection points throughout the region so as to increase glass bottle recycling rate (see related story). – L Polintan