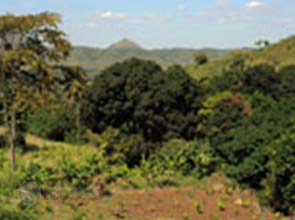 NewThe increase in emission from crops and livestock is mainly due to the expansion of total agricultural outputs in developing countries.

New estimates from the United Nations Food and Agriculture Organization show that greenhouse gas emissions from the agricultural sector have increased.

NewAccording to the new findings, emissions from crops and livestock production have increased from 2001’s 4.7 billion tonnes of carbon dioxide, to 5.3 billion tonnes in 2011 – an increase of 14 percent.

NewThe increase in emission from crops and livestock is mainly due to the expansion of total agricultural outputs in developing countries.

NewParticularly, the largest source of emissions within the agricultural sector is from enteric fermentation – the methane produced by livestock during digestion which is released via belches. This accounts for 39 percent of the sector’s total GHG outputs and has increased by 11 percent in between the years of 2001 and 2011.

NewF.A.O. data also shows that, in 2011, Asia had the largest contribution to agriculture-related GHG outputs with 45 percent; this is followed by the Americas with 25 percent; 11 percent in Europe; 5 percent from Africa; and 4 percent from Oceania.

New“This regional distribution was fairly constant over the last decade, in 1990 however, Asia’s contribution to the global total [38 percent] was smaller than at present, while Europe’s was much higher [21 percent],” said the F.A.O.

NewWhile the increase from the agricultural sector is worrisome, the report also found that net GHG emissions due to land use change and deforestation had a 10 percent decrease over the period of 2001 to 2010, averaging some 3 billion tonnes of carbon dioxide equivalent year over the decade.

New“This was the result of reduced levels of deforestation and increases in the amount of atmospheric carbon being sequestered in many countries, as a result of carbon sequestration in forest sinks, some two billion tonnes of carbon dioxide were removed from the atmosphere during the same timeframe,” F.A.O. explained. – EcoSeed Staff