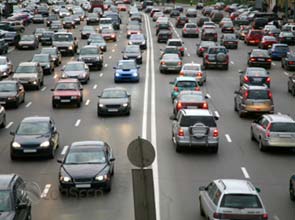 Fuel economy from the vehicles affected by the standards is expected to average more than $8,000 by 2025 over a vehicle’s lifetime. The fuel economy and greenhouse gas standards covering model year vehicles from 2012 to 2025 are projected to save American families more than $1.7 trillion in fuel costs.

The United States Environmental Protection Agency has set emission standards for cars and gasoline which are expected to significantly reduce harmful pollution while improving the efficiency of cars and trucks.

Fuel economy from the vehicles affected by the standards is expected to average more than $8,000 by 2025 over a vehicle’s lifetime. The fuel economy and greenhouse gas standards covering model year vehicles from 2012 to 2025 are projected to save American families more than $1.7 trillion in fuel costs.

With the emission standards, it is expected that gasoline sulfur levels will be reduced by 60 percent – down from 30 to 10 parts per million in 2017. The new low-sulfur gas is said to provide immediate health benefits, and once the standards are fully in place, can help avoid 2,000 premature deaths annually and 50,000 cases of respiratory ailments in children.

The Tier 3 standards cut tailpipe pollution where people live and breathe. The E.P.A. estimates that by 2018, cleaner fuels and cars program will annually prevent between 225 and 610 premature deaths, reducing ambient concentrations of ozone and reduce nitrogen oxide emissions by around 260,000 tons – which is about 10 percent of emissions from on-highway vehicles, with those reductions reaching 25 percent by 2030.

“These standards are a win for public health, a win for our environment, and a win for our pocketbooks. By working with the auto industry, health groups, and other stakeholders, we’re continuing to build on the Obama Administration’s broader clean fuels and vehicles efforts that cut carbon pollution, clean the air we breathe, and save families money at the pump,” said E.P.A. Administrator Gina McCarthy.

A Wave of Reactions

Different automobile manufacturers have expressed their thoughts regarding the new standards set.

“Today, the E.P.A. took steps to harmonize regulations to improve air quality by issuing its final rule on Tier 3 tailpipe emission standards. We appreciate E.P.A.’s treatment of vehicles and fuels as a system by introducing lower sulfur market fuel,” said the statement by General Motors.

“Automakers have dramatically reduced vehicle emissions by 99 percent during the last four decades, and today’s announcement builds on the good work we already have done. Ford is committed to continuing to reduce emissions across our vehicle lineup,” said John Viera, director, Sustainability and Vehicle Environmental Matters, Ford.

Toyota also released a statement, saying that they support E.P.A.’s efforts to advance the nation’s clean air goals. According to Toyota, the standards continue to recognize the importance of treating vehicles and fuels as a system, by linking lower sulfur gasoline with more stringent vehicle emission standards.

“In keeping with our commitment to clean mobility, Kia Motors America praises the Environmental Protection Agency for its decision today to reduce the amount of sulfur in gasoline with a single national standard for the industry,” said Kia Motors America’s statement.

Various bodies have also expressed their support for the emission standards.

“We commend the E.P.A. for its leadership in acting to improve the air we breathe and stimulate the economy by adopting Tier 3,” said Tim Regan, president of the Emission Control Technology Association.

“These standards will clean our air, protect our health and save money. E.P.A. resisted extensive pressure from Big Oil companies to issue standards that will save thousands of lives,” said Luke Tonachel, senior vehicles analyst at the Natural Resources Defense Council. – L. Polintan