How B.P.I. is financing low-carbon projects 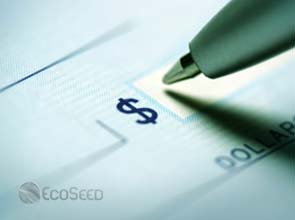 The benefits of going green are not lost in businesses, organizations, and multinational companies. What makes transitioning into something greener difficult is the lack of funding to do so. Financing institutions such as banks are the first ones that people turn to when in need of a lift, however some of them, if not most, do not bank on things such as climate change, global warming, or renewable energy.

If banks do provide financing opportunities, going green becomes an easier task. One such bank that has been providing financial opportunity towards going green is the Bank of the Philippine Islands.

B.P.I. has been helping companies toward the low-carbon path by providing them with financing opportunities through their Sustainable Energy Finance Program. The S.E.F. is a pioneering venture with the World Bank-affiliated International Finance Corporation that began in 2008. It was created to help promote the growth of small-medium enterprises through energy savings and to reduce electricity costs in a country where electric bills are one of the highest in Asia.

Under the S.E.F., companies, government institutions, as well as academe can avail of financial opportunities that will allow them to invest in technologies aimed at improving the efficiency of energy generation, distribution, and use.

Specifically, through the B.P.I.’s program, those who want to avail of the financing opportunity are offered aid in identifying energy saving potentials; aid in choosing appropriate technologies needed for energy efficiency or new building construction; calculate potential energy and cost savings; conduct feasibility studies for renewable energy technology; and link up technology vendors, suppliers, and consultants.

Now on its third extension, B.P.I.’s sustainable energy loans and leases in 2012 have amounted to Php4.2 billion, or around $96 million, and as of end-2012, total outstanding loans have reached approximately $168 million.

The projects under the S.E.F. have saved a total of 89,821 megawatt hours annually of energy, have produced 630,742 MWh yearly, and have saved 645,774 tons of carbon emissions per year. The bank boasts that they have helped companies achieve energy efficiency by as much as 20 percent to 30 percent, which contribute to the overall reduction of power bills and carbon emissions.

Examples of some projects that were financed by the program were increasing the energy efficiency of electric cooperatives, promotion of energy efficiency buildings, waste-to-energy projects, biomass cogenerations, and energy-efficient refrigeration systems.

For one of their projects, they have entered into a Memorandum of Agreement with Philippine’s Climate Change Commission, Department of Budget Management, Department of Energy, and the University of the Philippines, to help five buildings of the Malacanang Palace – the official residence and workplace of the president of the country – become more energy efficient.

Under the bank’s portfolio they have also financed renewable energy project such as wind farms, solar photovoltaic rooftop systems, and small hydropower projects.