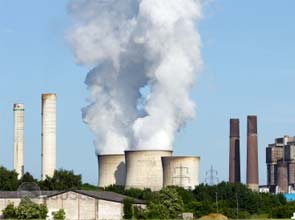 The United States Environment Protection Agency has proposed Clean Air Act standards that will cut carbon pollution from new power plants, while at the same time reaching out to others to establish carbon pollution standards for existing ones.

As for new coal-fired units, they would need to meet a limit of 1,100 pounds of carbon dioxide per MWh, and would have the option to meet a somewhat tighter limit if they choose to average emissions over multiple years, giving them additional operational flexibility.

It is expected that with the proposed standards, new power plants will be built with available clean technology to limit carbon pollution – a requirement that is in line with investments in clean energy technologies that are already being made in the power industry. In addition, the standards provide flexibility by allowing sources to phase in the use of clean technology.

“Climate change is one of the most significant public health challenges of our time. By taking commonsense action to limit carbon pollution from new power plants, we can slow the effects of climate change and fulfill our obligation to ensure a safe and healthy environment for our children,” said E.P.A. Administrator Gina McCarthy.

“These standards will also spark the innovation we need to build the next generation of power plants, helping grow a more sustainable clean energy economy,” Ms. McCarthy added.

Kevin Kennedy, director of U.S. Climate Initiative at the World Resources Institute pointed out that the proposal delivers a strong signal that the administration will use its authority to tackle climate change.

Mr. Kennedy welcomes the new standards, saying that they are relatively stringent – providing power plants with options for compliance, such as phasing in the use of carbon capture storage.

“Furthermore, it is clear that market dynamics, including the emergence of low-price natural gas, have been driving U.S. power supplies away from coal production. According to the U.S. Energy Information Administration, over the next three years, utilities plan to build only eight new coal-fired generators compared with 91 new gas-fired generators,” Mr. Kennedy noted.

Meanwhile, Frances Beinecke, president of the Natural Resources Defense Council also issued a statement regarding the proposal, saying that it is a critical step towards protecting future generations from climate change.

“The standard makes clear that tomorrow’s power plants won’t be built at the expense of our children’s future. It signals that we’re moving, as a country, to clean energy solutions we need,” Ms. Beinecke stated.

“Next, we must rein in the unlimited carbon pollution belching out of the nation’s existing electric power plants – those that are driving climate chaos today,” she added. – L. Polintan