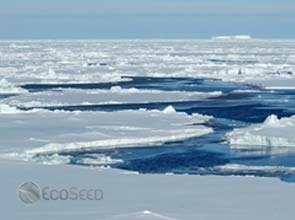 The Intergovernmental Panel on Climate Change has just released their report’s summary for policymakers, confirming the fact that most of the warming since 1950 has been due to human influence.

According to the new report – a summary of Working Group I’s report for policymakers, the first part of the Fifth Assessment Report – the current greenhouse gas emissions at or above current rates would induce changes in the oceans, ice caps, glaciers, the biosphere, and other components of the climate system.

“The I.P.C.C. report demonstrates that we must greatly reduce global emissions in order to avoid the worst effects of climate change. It also contains important new scientific knowledge that can be used to produce actionable climate information and services for assisting society to adapt to the impacts of climate change,” he added.

Numerous other effects that occurred due to climate change were recorded, such as the global mean average surface temperature rising by 0.89 degrees Celsius from 1901 to 2012, with temperature levels projected to go as high as 1.5 to 2 degrees Celsius by 2081 to 2100; seawater became more acidic; and the Arctic sea ice cover as well as the glaciers continue to shrink what with the rising temperature and trapped heat.

In light of the evidence

With new evidence shedding light on the effects of climate change has on the world in various aspects, various organizations and agencies were quick to react.

“The heat is on. Now we must act. This new report will be essential for Governments as they work to finalize an ambitious legal agreement on climate change in 2015,” said United Nations Secretary-General Ban Ki-moon. “The goal is to generate the political commitment to keep global temperature rise below the 2-degree Celsius threshold.”

The executive director of the U.N. Environment Programme, Achim Steiner, pointed out that action must be done now. “Climate change is a long-term challenge but one that requires urgent action, not tomorrow but today and right now, given the pace and the scale by which greenhouse gases are accumulating in the atmosphere and the rising risks of a more than 2-degree Celsius temperature rise,” Mr. Steiner said.

Christiana Figueres of the U.N. Framework Convention on Climate Change noted that though the challenge is immense it can be solved. “We know that success is possible. We have the technology, funding and ability to respond. The many successes at domestic, international and private sector levels to build a low-carbon society shine light on the way forward, but we do need to quickly go to scale,” she stated.

World Resources Institute President Andrew Steer pointed out that there is still time to do address climate change. “It’s not too late to change course, but we need an urgent response based on the mounting evidence. We need to find pathways to low-carbon, economic growth. We need actions that will reduce global emissions, expedite the shift to clean energy, and enhance the resilience of our communities,” he said.

Meanwhile, president of the Natural Resources Defense Council, Frances Beinecke, stressed the fact that the findings of the report should be a sign for everyone to act. “This is a warning bell to the world: Climate change is here and it’s time to stop the dangerous carbon pollution from power plants – now. This pollution drives climate changes we’re seeing today,” she cited.

“Whichever facts may be discussed, debated or distorted, we cannot ignore the reality that we must act or face frightening new impacts. We know that most of the pollution that causes climate change comes from burning fossil fuels. W.W.F. calls on governments and investors to stop investing in dirty energy and start an immediate and just transition by investing in renewables,” explained Samantha Smith, leader of the World Wide Fund’s Global Climate and Energy Initiative.