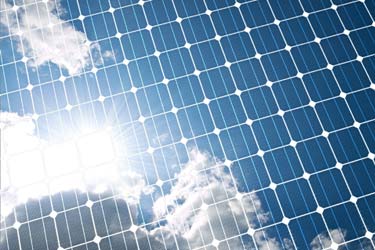 Lead-halide-based perovskite (hereinafter simply referred to as perovskite) has been used as a solar cell material since six years ago.

Lead-halide-based perovskite (hereinafter simply referred to as perovskite) has been used as a solar cell material since six years ago. Perovskite solar cells are promising low-cost and highly-efficient next-generation solar cells because they can be produced through low-temperature processes such as spin coating, and generate a large amount of electricity due to their high optical absorption together with the high open-circuit voltage. As such, the research on perovskite solar cells is making rapid progress. In order to identify the semiconducting properties of perovskites and formulate guidelines for the development of highly efficient solar cell materials, NIMS launched an ad hoc Team on Perovskite PV Cells last October led by the deputy director-general of GREEN.

While the conventional perovskite solar cells have demonstrated high conversion efficiency, they were not sufficiently stable plagued by their low reproducibility and the hysteresis in the current-voltage curves depending on the direction of the voltage sweeps. For this reason, the semiconducting properties of perovskites had not been identified. Researchers successfully created reproducible and stable perovskite solar cells as follows;

This study was conducted at GREEN as a part of the MEXT-commissioned project titled «Development of environmental technology using nanotechnology.»

This study had been published in March 2015 in Applied Physics Letters, a journal issued by the American Institute of Physics.