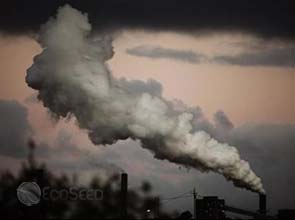 Environment ministers meet in Cancun, Mexico, from November 29 to December 10 to try to end differences between developed and developing countries on a new treaty to fight global warming.

The U.N.’s Copenhagen summit in December fell short of a legally binding deal, with most nations signing up for an accord meant to limit a rise in global temperatures to below 2°Celsius (3.6 Fahrenheit). The accord did not spell out how this would be achieved.

«If we came to Cancun without any American legislation yet it would not be a very strong signal,» European climate commissioner Connie Hedegaard told Reuters on the sidelines of the Fortune Global Forum conference.

«I think that we need that. It would give a psychological push to the negotiations and would show to the rest of the world that the U.S. is very serious about this,» Ms. Hedegaard said.

She said President Barack Obama would meet on Tuesday with senators to try to smooth the climate and energy bill’s passage through the Senate.

With congressional elections due in November, some United States lawmakers are hesitant to vote for a bill that would raise the cost of burning fossil fuels.

Ms. Hedegaard said she was hopeful the Cancun meeting would be able to deliver tangible results, particularly on protecting forests, adaptation to climate change and $30 billion earmarked in aid for developing nations between 2010 to 2012.

«We must take a number of ambitious decisions in Cancun. We could decide on the fast-start financing that was pledged in Copenhagen, now it must be delivered,» she said.

The main stumbling block for a deal on forestry was how to create an incentive to protect forests, Ms. Hedegaard said.

Ms. Hedegaard said Cancun provided an opportunity to agree on the legal form of a binding climate treaty, to replace the Kyoto Protocol after 2012. Many close to the talks say such a treaty is out of reach this year but may be achieved in Cape Town in 2011.

«Why not also agree on the legal form, that is the big issue … but realistically and in order to keep momentum, Cancun could deliver a set of decisions and then in South Africa next year, hopefully, we could agree on the legal setup,» she said.