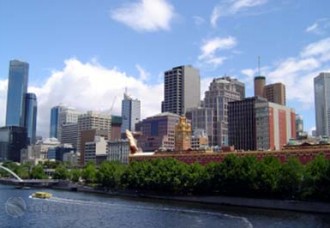 Melbourne is now a carbon-neutral city, as certified by the Australian government’s independent carbon offsetting authority.

In an effort to become one of the world’s sustainable and liveable cities, Victoria’s capital has reduced and offset its carbon emissions, meeting the National Carbon Offset Standard set by Low Carbon Australia.

To meet these targets, the City of Melbourne has been working with commercial building owners and apartment residents to lessen their water and energy use, and better manage waste and recycling. It is also helping businesses to enhance their buildings’ energy efficiency through the 1200 Buildings programme and generate fund renovations through Environmental Upgrade Agreements.

Furthermore, the city is encouraging “green” transportation such as bike networking and walking to prevent pollution from cars, as well as the use of low carbon and renewable energy sources for public transport.

According to Low Carbon Australia’s chief executive officer Meg McDonald, Melbourne’s carbon neutrality is a “remarkable milestone in its journey towards sustainability.”

“Quantifying the carbon footprint of such an organization and reducing carbon emissions is a mammoth task, but one that can have substantial benefits for the environment, the city and for ratepayers.”

Melbourne now joins Sydney, as well as two other Victorian cities – Yarra and Moreland – as having earned carbon neutral status based on the National Carbon Offset Standard, according to a Government News.com.au report.

The C40, a network of megacities worldwide, suggested that cities account for 60 percent to 80 percent of the world’s energy and are responsible for more than 70 percent of carbon emissions.