Senate Democrats push for climate bill ahead of Copenhagen 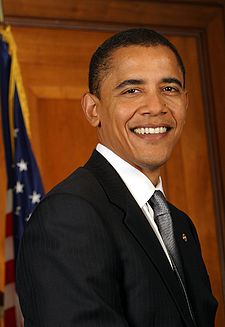 The epic confrontation about how America will power the economy of the future formally got underway today amid stark warnings from the Obama administration of the costs of inaction on energy reform.

Today’s hearing, the first of three blockbuster sessions in the Senate, marks a last heave by administration officials and Democratic leaders to advance a bill to reduce America’s greenhouse gas emissions before an international climate change meeting at Copenhagen, now just six weeks away.

They were met with strong opposition from a powerful Democrat as well as Republicans on the environment and public works committee.

With the clock running down to Copenhagen, the administration wheeled out four top officials to make the case that failure to act now on climate change would relegate America to lower tier status in the global economy. «When the starting gun sounded on the clean energy race, the United States stumbled,» Steven Chu, the energy secretary, told the environment and public works committee. «If we don’t choose to begin the development of this new technology, China and other countries will.»

American legislation on climate change is seen as essential to reaching a meaningful deal at Copenhagen. But the White House held up action in the Senate on a climate change bill to focus on healthcare reform. The proposed law, which now stretches for more than 900 pages, would cut America’s greenhouse gas emissions by 20% over 2005 levels by 2020 and encourage the development of renewable energy sources like wind and solar power. Democratic leaders in the Senate are now struggling to advance a bill – which does not have solid support even among their own party – before the meeting in Copenhagen.

In an ominous sign for those prospects, Max Baucus, who ranks second on the environment committee and chairs the finance committee which will also review the bill, said the proposed 20% reduction target was too steep. «I have some concerns about the overall direction of the bill,» he said. «We cannot afford the unmitigated impacts of climate change but we also cannot afford the unmitigated effects of legislation.»

For weeks, the White House, Democrats, and environmental organisations have lobbied hard to frame the bill as an economic opportunity.

Obama picked up the theme again in a visit to a solar plant in Florida where he announced $3.48bn in government grants to projects modernising America’s electrical grid. In introducing the bill today, Barbara Boxer leaned heavily on an analysis by the Environmental Protection Agency that showed the shift away from oil and coal would cost just 22 to 30 cents a day.

Global warming isn’t waiting for who is a Democrat or who is a Republican. Either we are going to deal with this problem or we are not,» she said.

John Kerry, who co-wrote the bill with Boxer, said it would usher in a technological revolution akin to the rapid growth of the internet in the 1990s. «We are going to create the equivalent of five or 10 Googles and that is going to drive the economy of our country,» said John Kerry, the former presidential candidate who is the other co-author of the bill.

But their arguments appeared to make little headway with Republicans

on the committee. James Inhofe, the Okalahoma Republican who notoriously declared global warming a hoax, called the bill a «temple of doom» which would cost Americans up to $400bn a year.

Some Republicans pressed for investment to build 100 new nuclear plants over the next decade, or to expand offshore oil drilling to meet America’s future energy needs. Others argued that America would be damaging its own interests if it embarked on costly energy reforms – while emerging powers like India and China did not.