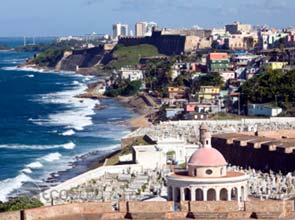 The Puerto Rico Electric Power Authority has agreed to purchase the power output of a 75-megawatt wind energy project in Southern Puerto Rico.

The Santa Isabel project is expected to generate enough clean, renewable energy for up to 25,000 Puerto Rican households, making it the largest wind energy project in the United States commonwealth.

The wind farm is scheduled to begin operations during the latter part of 2011.

«The Pattern Santa Isabel Wind Project will be a premier project that will harness the winds on the southern side of Puerto Rico, which are consistent during the peak hours of energy consumption, making them a unique, local resource for the people of Puerto Rico,” said Mike Garland, chief executive of Pattern Energy.

Statistics compiled by the United States Department of Energy reveal that Puerto Rico is heavily surrounded by class 3 winds and is capable of supporting utility-scale development. Wind class at a site is rated from a low of one to a high of seven based on average wind speed and power density.

The Puerto Rican government is trying to develop its rich wind energy resource with projects such as the one in Santa Isabel.

The wind farm is widely regarded as a huge step to help the country steer away from crude oil dependency.

“We must diversify our sources of energy – away from our traditional dependence on crude oil – lower energy costs to consumers and businesses and protect the environment, all at the same time,” said Luis Fortuno, governor of Puerto Rico.

“A viable wind energy project would be a significant piece in our overall energy strategy,” he continued.

Meanwhile, the government also approved a plan by Windmar Renewable Energy Inc. to build 25 wind turbines capable of generating approximately 120,000 kilowatts annually. The wind turbines will be placed on a 45-acrea area of dry forest near the coastal town of Guayanilla.

However, activists and environmentalists opposed the idea, claiming that the project would put several endangered species at risk.