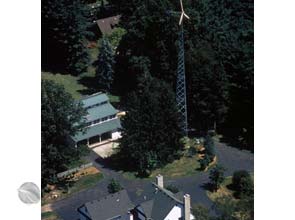 The London-based company, which has a number of developable technologies in its portfolio, will develop the new small wind turbine designs following a $9 million acquisition of nine technologies from Creative Laboratories Enterprises, an intellectual property holding company.

But initial information available for the net-shaped turbine blades show that it is designed to reduce resistance resulting from the blades’ thickness, to remove barriers to spinning speed and turbine efficiency.

Wind turbines in the small wind category have lower energy output – 100 kilowatts or less – than those used in large wind farms. They are often used in homes and small businesses.

The United States is the global leader in small wind turbines, making about two-thirds of small wind systems sold around the world. It is also the world’s largest small wind market.

Clean energy research firm Pike Research thinks that the global small wind market is poised for strong growth. The market analyst said small wind revenues could expand to be worth $203 million in 2009 to $412 million in 2013.

Global Technologies itself believes that small wind is a high growth sector for residential and commercial use.

The company cited the recent partnership between the United Steelworkers and the American Wind Energy Association to push the deployment of wind energy production in the United States as an impetus for the development of small wind technologies for distributed power. Global Technologies (OTCBB: GTLL) said it will file patent protection for its new wind turbine technologies. The company expects further technology acquisition as it looks deeper into Creative Laboratories’s portfolio.