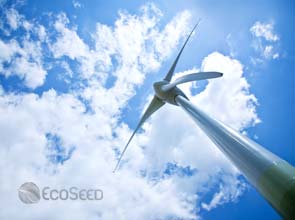 The National Health and Medical Research Council of Australia gave wind farms a clean bill of health as a new study shows no evidence that wind turbines have a direct effect on people’s health. While there are claims that noise and other factors associated with wind turbines can make people sick, the study proves otherwise, said Russell Marsh, policy director at Clean Energy Council.

The director remarked that the study is consistent with a statement from Victoria’s chief medical officer, John Carnie, as well as with other international studies and acoustic research, which constantly show that noise produced by the turbines is not sufficient to directly affect humans.

“Wind turbines are quiet and make about as much noise as a kitchen refrigerator from 500 meters away. If people find the noise is bothering them, there are simple steps that can be taken to reduce the levels of sound in their homes,” he continued.

“Wind energy will be a key part of this clean energy revolution,” he predicted, citing a poll conducted by the Clean Energy Council that show about 90 percent of Australians want more renewable energy in the country.

The federal government, the Coalition and the Greens all supported the commitment to provide 20 percent of the country’s electricity from renewable energy sources by 2020.

The council is open to more research on wind turbines’ noise pollution, although it will maintain its stance that wind turbines are the safest and cleanest way of generating electricity.

The study states no evidence suggesting audible or sub-audible sounds from wind turbines have direct adverse physiological effects. In fact, it stated that the ground-borne vibrations produced are too weak to be sensed by or to affect people.

However, Nina Pierpont, a fellow of the American Academy of Pediatrics, refuted this claim. She said that wind turbine syndrome, the disruption of sensory input to eyes, ears and stretch and pressure receptors in various parts of the body, can still result from the turbines’ low frequency noise.