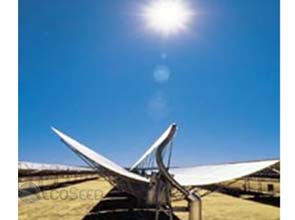 The consent is for power purchase deals between the Southern California Edison and a solar power company CA Solar 10, L.L.C., along with an agreement between San Diego Gas and Electric Company and Calpine Energy Services, L.P.

The project would be raised about 10 miles east of Desert Center along Interstate 10. The power plant would be approximately halfway between the cities of Indio and Blythe in Riverside county.

Southern California will purchase electricity generated by the solar power plant over 20 years. The commission said the solar plant would generate an estimated 1,100 gigawat- hours of energy each year.

The second approval is for the San Diego Gas and Electric and Calpine, where the utility will acquire 212 gigawatt-hours of electricity from the latter’s Geysers geothermal power plant in Sonoma and Lake Counties every year until 2014.

The Palen Solar Power Project is a pair of adjacent, identical solar plants each with a nominal capacity of 250 MW.

Palen has been designated as a fast-track project by the Bureau of Land Management, which means it was prioritized to get all permits approved this year. The project would qualify for support from the 2009 Recovery Act.

The solar plant will be equipped with solar parabolic troughs collecting heat energy from the sun. The troughs or mirrors will transfer solar radiation to a receiver tube where fluid is heated to 750°Fahrenheit. It finally produces steam for driving a conventional steam turbine that generates electricity.