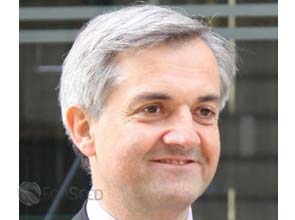 British energy and climate change secretary Chris Huhne  has outlined a series of measures aimed at boosting energy efficiency and renewable energy in Britain, backed up by analysis proving that it can do so while slashing 80 percent off its greenhouse gas emissions within 40 years.

In the first ever annual energy statement to Parliament, Mr. Huhne set out 32 measures the government is espousing to support the country’s transition to a low-carbon energy economy.

Mr. Huhne said the government will incentivize microgeneration and the rollout of smart meters as the first step in building the smart grid. He said fossil fuels still have a place in the medium term, but only with the application carbon capture and storage.

Alongside the statement, a report was published outlining six possible energy mixes to secure affordable energy in the country while still hitting the 2050 target of reducing emissions by 80 percent compared with 1990 levels. While the combinations differed in each of the scenarios, a number of common conclusions emerged.

Energy demand should be substantially reduced, it was stated. The harder it is to deploy renewable energy, the greater demand reduction there should be.

Large amounts of clean energy for heating, transport and industry are needed to decarbonize the economy. While renewable generation could be increased, its intermittent nature proves to be a setback against more stable energy from current traditional sources.

In addition, bioenergy has a vital role in sectors where electrification is unlikely to be practical, such as in long-haul freight transport and aviation and some industrial heating processes, the analysis says.

These pathways were configured using a “2050 Pathways Calculator” that was launched along with the report as an online tool to give Britons an opportunity to be in government’s shoes by letting them make their own energy scenarios that can achieve the 2050 target.

The calculator allows power consumers to gauge how to achieve the necessary cuts by adjusting the 32 measures of energy demand and supply, ranging from the temperature of people’s homes to nuclear power generation.

Each of the categories has four scenarios. They range from one, where no attempt is made to fight climate change, to one involving “extreme upper efforts.”

The calculator shows that an 80 percent cut could be achieved by a mixture of scenarios.

Mr. Huhne expects that the demand for fossil fuels is set to increase along with its costs and risks and wanted to shield the country from volatile oil and gas prices while being sustainable. «These are possible pathways,» he said.

«We are not claiming to be able to see the future with certainty. But we cannot continue on the current pathway: high-carbon, highly dependent on imports, highly volatile prices.»