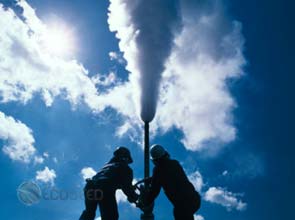 The Inter-American Development Bank has extended a $40 million loan to Nicaragua’s geothermal sector that will be used to develop the San Jacinto-Tizate geothermal power plant.

The power plant under Polaris Energy Nicaragua S.A.’s portfolio is a $329 million project in San Jacinto town in northwestern Nicaragua. It will be completed in two phases by December 2011.

The first phase involves installing a 38.8-megawatt steam turbine at a cost of about $152.2 million.

The multilateral development bank’s loan is intended for the second phase, which costs $177 million overall. During this phase, new geothermal wells will be added, a steam field infrastructure constructed and another 38.8-MW steam turbine installed.

The geothermal power plant is expected to have a net power generating capacity of 72 MW. It has secured a 20-year power purchase agreement with Disnorte-Dissur, a power distribution company owned by Spanish energy company Union Fenosa.

The facility will only be the second geothermal power plant in Nicaragua. Geothermal is the country’s second largest renewable source, next to hydropower.

According to the development bank, the project would improve the country’s total renewable energy generating capacity by 7 percent and increase geothermal energy’s contribution to the overall electricity mix by 15 percent.

Nicaragua has been steadily increasing its oil consumption since 2003. That year, the country consumed approximately 24,500 barrels daily. As of February 2010, Nicaragua consumed an average of 29,000 barrels of oil per day.