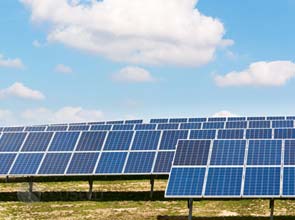 LDK Solar Company will pioneer a renewable energy manufacturing hub in Anhui province by building a 1.5-gigawatt solar cell and module manufacturing facility on the invitation of the provincial government.

The manufacturing plant that will be built at the Hefei High-Tech Industrial Development Zone will have an annual total production capacity of 1 GW of crystalline-based solar cells and 500 megawatts of solar modules.
LDK Solar (NYSE:LDK) will receive 2.5 billion Chinese yuan ($368 million) over three years from the Hefei High-Tech Construction and Investment Group for the project.

The plant is expected to begin production in the second quarter of 2011.

The Hefei industrial zone was established in October 1990 and earned approval from the State Council to be a state-level development zone in March 1991.The zone was recognized as an Asia Pacific Economic Cooperation Science and Technology Industrial Park in 1997.

Currently, over 100 high technology enterprises have penetrated the industrial zone.

“With this new investment, we will broaden and expand our research and manufacturing capabilities in the complete solar value chain which enables us to strengthen the support to our module customers and improve our profitability further,” said Jack Lai, chief finance officer of LDK Solar.

The Chinese solar giant manufactures polysilicon, monocrystalline and multicrystalline ingots, wafers and solar modules. It is also involved in project development in the photovoltaic market.

The company has achieved 2 GW of total annual capacity at its wafer plant in Xinyu City, Jianxi province, making it the world’s largest producer of multicrystalline solar wafers.

China became the world’s largest solar panel producer in 2008, with around 2,600 megawatt-peak of photovoltaic panels delivered worldwide. This represented about one-third of the global photovoltaic cell shipments, according to a study conducted by Dewey & LeBeouf L.L.P. for the National Foreign Trade Council in the United States.

Both ministries approved 111 projects, totaling 91 MW in capacity, to receive the government subsidies in October 2009. These projects entail a total cost to the Chinese government of 1.27 billion Chinese yuan.