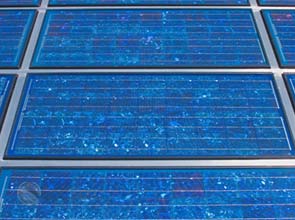 Yingli Green Energy Holding Company is eyeing a strong second half after a solid performance in the second quarter. The Chinese photovoltaic manufacturer saw gross profit triple from 296.3 million yuan ($43.46 million) to 905.1 million yuan, while gross margin significantly went up from 19.8 percent to 33.5 percent.

Net revenues climbed by 80.1 percent in the quarter, generating 2.69 billion Chinese yuan ($398.1 million) compared with 1.49 billion yuan from the same period in 2009. The company saw its operating income rise from 106.8 million yuan to 565.4 million yuan. Yingli (NYSE:YGE) said the results were propelled by the mid-teen quarter-on-quarter growth rate it achieved in PV module shipment.

The company has reaffirmed its PV module shipment target this year to be in the range of 950 megawatts to 1 gigawatt for fiscal year 2010, which represents an increase of 80.8 percent to 90.4 percent compared with 2009.

The raised target is partly based on the estimated ramp-up cost of its new 400-MW production capacity that started operating in July, and the exchange rates of the euro and the dollar against the renminbi.