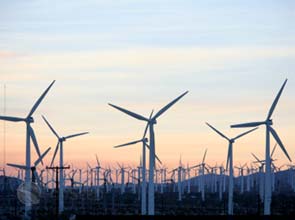 Wales will invest 50 billion euros ($64.8 billion) in renewable energy over the next 15 years to boost economic activity after suffering a blow from the global financial crisis.

The Welsh government believes the energy and environment sector will be crucial to help the economy recover, primarily by generating employment.

“Investments on low carbon, renewable energy will establish a strong and sustainable supply chain and technology base along the way,” Carwyn Jones, first minister of Wales, said during the energy summit in Tredegar.

The energy summit gathered energy sector representatives to discuss specific methods to speed up the process of shifting the country’s energy sources to low-carbon technology.

“Our task as a government is to prepare for the challenge we face and to ensure our response to climate change maximizes new employment opportunities for Wales,” Mr. Jones stressed.

The government aims to generate twice the amount of energy it currently produces from renewable energy sources by 2025. Currently, renewable energy accounts for only about 6.6 percent of Britain’s total energy consumption, including that of Wales.

Eighty percent will equally come from marine and wind sources, while the remaining 20 percent will be sourced from sustainable biomass power or local heat and electricity generation projects, said Jane Davidson, environment minister.

Early in 2009, the government, with the help of the European Regional Development Fund, allotted up to £300,000 ($464,000) for 22 local projects on wind, biomass and hydropower. It also gave 135 grants of £3,000 each to communities for feasibility studies on renewable energy projects and £20,000 for the second stage of development.

In addition, the government launched a low-carbon revolution earlier this year to encourage the use of renewable energy all over Wales.