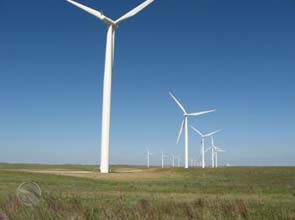 The agreement thus makes G.E. and Itochu co-investing partners in the $319 million wind farm being built in Oklahoma, following talks in May on identifying and investing in renewable energy projects worldwide.

G.E. and Itochu have the option to jointly invest an extra $100 million in partnership equity once the 152-megawatt wind project begins commercial operations by December this year.

Keenan will use 66 units of 2.3 MW-wind turbines from Siemens A.G. spread across 8,000 acres of land located 12 miles southwest of Woodward, Oklahoma.

The wind farm is expected to produce electricity for about 45,000 average Oklahoma households and offset around 413,000 short tons of greenhouse gas emission annually, said to be equivalent to removing 72,000 cars off the road.

G.E.’s portfolio also includes loans to 38 wind farms that can collectively produce 1.4 GW of wind power, as well as investments in hydroelectric and geothermal power.

Meanwhile, Tokyo-based ITOCHU is a diverse trading and industrial company with over 3.416 billion Japanese yen ($42.13 million) in revenues during the fiscal year ending March 31, 2010.G.E. (NYSE:GE) is a diversified infrastructure, finance and media company that operates in over 100 countries with the help of about 300,000 employees globally.