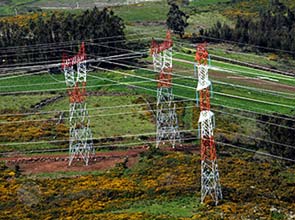 The European Investment Bank loaned a total of 375 million euros ($507.56 million) to Portuguese energy companies for the rehabilitation of their clean energy facilities.

Redes Energéticas Nacionais SGPS, S.A, will be receiving 75 million euros to improve efficiency of its electricity transmission lines, the second installment to a 150-million euro loan to support the power company’s five-year investment program from 2009-2013.

The investment program includes the upgrading and installation of 52 internal and cross-border transmission lines in total. The lines connecting both traditional and renewable energies would secure Portugal’s energy supply, according to the bank.

Meanwhile, Energias de Portugal, SA inked a 300-million euro loan with the bank on Thursday to increase the installed capacity of its two existing pumped storage hydropower plants in south-eastern and northern Portugal.

E.D.P. is Portugal’s largest electricity utility. The bank provided E.D.P. with a financing contract that has a 15-year maturity period.

Portugal generates about 7.3 gigawatt hours capacity from hydropower, which accounts for about 47 percent of its total energy generated from renewable sources.

The bank said this project is in line with Portugal’s national strategy on renewable energies.