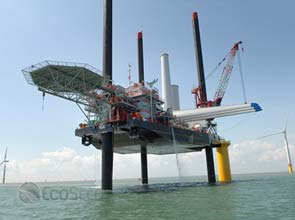 Britain has launched its national climate change plan on Tuesday, laying down different departments’ specific actions and deadlines for the next five years in order to attain a low-carbon economy.

The final version is yet to be published within the year as the government still welcomes public comments. It will be updated every year.

The Carbon Plan highlights the government’s priorities such as electricity generation, energy efficiency at home, and the transport system.

Concerned departments, for instance, must develop a carbon pricing mechanism for generated electricity in 2013 and a feed-in tariff system to increase investment confidence in clean energy.

Drafting of transportation policies to reduce emissions of buses and the aviation sector is also included.

By 2012, the departments must roll out the smart-meter program across Britain, bring on stream the Green Investment Bank, and deliver £300 million ($ 485.37 million) to fast-start financing that will reduce emissions from deforestation.

By 2015, Britain is committing to complete disbursement of a £2.9-billion climate financing for developing countries under a United Nations Framework Convention on Climate Change with developed nations.

The government’s future plan of energy dialogues with China, Brazil, India, and low-carbon business leaders in Southeast Asian countries is also detailed in the plan.

The Carbon Plan is aligned with Britain’s Climate Change Act of 2008, which outlines the country’s carbon budget and emission reduction targets.

It takes into account the first carbon budget, a cap on the total quantity of greenhouse gas emissions emitted in Britain from 2008 to 2012. The two other carbon budgets will run from 2013 to 2022.