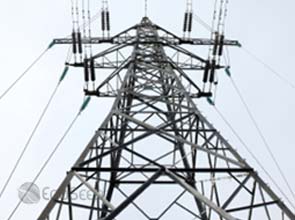 The Global Smart Grid Federation said the private sector and global governments must work together to create policy and market models that adapt to technologies and spur investment in smart grid.

Smart grid investors have pushed governments to put stronger policies in place that will drive business activity, noted the organization during a global ministerial meeting on clean energy in Abu Dhabi.

The group contributed on the recently-released International Energy Agency’s smart grid global roadmap for 2020. The roadmap, a consolidation of opinions on how to adopt and implement smart grid technologies, was presented during the Clean Energy Ministerial meeting.

Nobuo Tanaka, executive director of I.E.A., said public engagement, by educating consumers about the need for smart grid and its benefits will also be crucial to deploy smart grids at a large scale.

For his part, G.S.G.F. chairman and general manager of I.B.M.’s energy sector Guido Batels said, “Regulators and consumer organizations have to get involved from the outset in demonstration and especially in deployment to make sure they understand and benefit from smart grids.”

In addition, the roadmap stresses the need for governments to recognize that smart grid deployments must reflect the needs and conditions of each consumer, and a “one-size-fits-all” approach is ineffective.

The roadmap recommends governments to increase investment in research and development that address system-wide and sectoral issues and provide patterns of electricity use.

Common standards between countries must be established to speed up the deployment of necessary technology at the lowest possible cost for governments, the industry, and consumers.

The United States, China, and Japan are among countries that invested millions in smart grids.

About $435 million was allocated for regional smart grid demonstrations in the United States under the American Recovery and Reinvestment Act of 2009.

Meanwhile, the Chinese government has developed a substantial investment in smart grids under its long-term stimulus plan. In 2010, Chinese State Grid Corporation’s planned smart grid program mapped out its deployment to 2030. Smart grid investments are projected to be valued at $96 billion by 2020.

The Japanese government announced a national smart metering initiative with large utilities announcing the developing smart grid programs. The Federation of Electric Power Companies of Japan is developing a smart grid that incorporates solar power generation by 2020 with government investment of over $100 million.