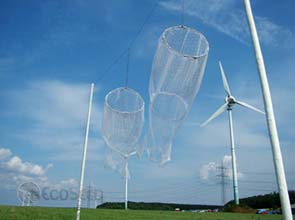 Most Germans believe the government must structure its policies to foster renewable energy and energy efficiency, even if it requires energy price hikes, a poll with 1,000 respondents showed.

About 90 percent of German voters were in favor of speeding up the process of shifting Germany’s energy sources to renewables, and 87 percent want better energy efficiency schemes, according to the Forsa poll for nongovernment organization Germanwatch.

Currently, Germany’s climate policies are guided by the government’s targets of reducing greenhouse gas emissions by 40 percent and 80 percent by 2020 and 2050 respectively.

It was one of the forerunners in raising the European Union’s emission reduction target to 30 percent by 2020, which Europe offered on the condition that other countries would be as aggressive.

But while the European Commission recently decided to lower its nonbinding goal to 25 percent only, most German voters revisited the 30-percent target and called for Chancellor Angela Merkel to push for it in the European Union.

Nearly three-fourths of the voters were in line with these climate targets, showing their willingness to pay temporary high electricity prices if that is what is needed to reach the higher goals.

«The message of the citizens during the energy summit on Friday is clear,” said Christoph Bals, political director of Germanwatch.

“They say yes to faster nuclear phase-out and rely on renewable and energy efficiency. They want to dodge out the risk of nuclear energy coal, even if they have to take temporary higher energy prices,” Mr. Bals said.

In 2010, about 13 billion euros ($18.78 billion) was put in solar photovoltaic investments, but only two percent of electricity was delivered from these ventures. The government decided in early 2011 to cap solar subsidies to stop inefficiency and keep electricity prices from rising.

Germany’s stable and predictable policy framework, such as feed-in tariffs and subsidized loans, has been suitable to growth of renewable energy businesses, according to the European Union.

Germany is leading Europe’s wind power, P,V., and solar thermal installations. But while Germany’s electricity output from wind farms was overtaken by that of Spain in 2010, the country remained the leader of installed wind power capacity in the region with 27.21 gigawatts.