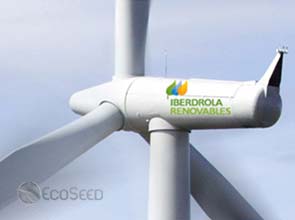 Iberdrola purchased in cash the equivalent 99.68 stakes of Elektro from Ashmore Energy International Ltd., an investment manager of energy companies in emerging markets.

The acquisition includes Elektro’s 2.2 million customers in Brazil’s most dense state of Sao Paolo. Elektro supplied 11,500 gigawatt-hours of electricity in 2010 through a 105,800-kilometer distribution network. It had an EBITDA of 370 million euros ($ 549.82 million) and net earnings of 193 million euros last year.

This acquisition, together with Iberdrola’s portfolio from Neoenergia, where it holds a 39 percent stake, would make Iberdrola one of the largest companies in Brazil’s electricity sector.

Neoenergia is among the largest Brazilian energy distributor with an income valued at 1.78 billion reais ($1.13 billion) in 2010. Aside from Iberdrola, its major shareholders include Previ and Banco do Brasil.

Brazil has the largest economy in the region and the seventh in the world, with a $2.18 trillion gross domestic product. It was also recorded as the world’s ninth largest consumer of electricity in 2008.

Iberdrola has been maintaining a strong foothold in Latin America, particularly in Mexico and Brazil, with an installed capacity of 5.57 GW in 2010.

Earlier, the company said it will capitalize on the future business opportunities in Brazil, citing the development of major hydro projects such as 11.2-GW Belo Monte project. Its overall investment from 2011 to 2019 is estimated at 1.2 billion euros.

It is operating the 49-megawatt Rio do Fogo wind farm, currently constructing nine wind farms with 258 MW capacity in total, and will be building 10 wind farms with Neonergia that has an overall capacity of 288 MW.