Exclusive: Philippine R.E. board to submit feed-in tariff rate proposal this May 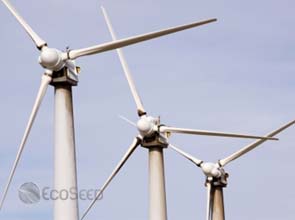 The Philippines’ national renewable energy board will submit by May 15 the initial feed-in tariff rate figures to the country’s energy commission, a step that investors have been waiting for. The much-awaited numbers is a key component of the country’s Renewable Energy Act, a law passed in 2008 but which has not been missing flesh and blood.

“The implementing rules and regulations have been made public. But there are certain provisions that are yet to be finalized,” said Fortunato S. Sibayan, who heads the renewable energy management division of the Philippine Department of Energy.

The mechanisms or guidelines refer to those for feed-in tariffs, renewable portfolio standards, renewable energy generation options and other programs contained in the act.

The Energy Regulatory Commission, which oversees electricity rates in the country to protect consumer interest, is expected to act on the renewable energy board’s proposal within the next three months.

Rates, at least for feed-in tariff for wind energy, are expected by August 2011 at the earliest.

Renewable energy players, like independent power producers, have been sending feelers to government to provide feed-in tariff rates at around 11 or 12 Philippine pesos per kilowatt-hour.

But Mr. Sibayan said it’s possible that the renewable energy board will not propose rates according to the industry’s wishes.

“The rates [the industry is lobbying for] are too high based on my estimation, and in comparison with the figures they’ve asked for in other countries in Southeast Asia.”

Mr. Sibayan said the national strategy is to offer rates at optimal costs. “It may not necessarily be the cheapest, but it will be competitive.”

Still, there now appears to be a number of investors standing at the gates.

The head of a local chapter of a professional group of electrical engineers in the Philippines says there are interested “players” in the country’s renewable energy sector.

“They are independent power producers who want to bring renewable energy facilities to the country,” said Francis R. Calanio, governor for Region 1 of the Institute of Integrated Electrical Engineers of the Philippines.

Mr. Calanio, who also heads a local power consultancy company, says investors – particularly in the wind sector – are now patiently waiting for the specifics of the law, or the guaranteed, locked-in rates that investors can avail of.

But a lack of definite policies and rate guarantees are preventing investor movement.

“Bringing renewable energy generation facilities into the country carries certain expenses,” Mr. Calanio said. “These expenses are what investors want to get a little help from the government with.”

Specifically, Mr. Calanio says renewable energy developers have to contend with high customs taxes when bringing machinery into the country.

Currently, power rates in the country’s National Capital Region are around 10 Philippine pesos ($0.23) per kilowatt-hour of consumption.

But Mr. Calanio says industry estimates of business-as-usual rates for renewable energy – with the customs costs factored in – will only allow the sector to offer electricity for at least 13 pesos.

“No one will buy the electricity they generate at that rate. And they will have to recoup their investments too,” Mr. Calanio said.

Meanwhile, even local energy generators, such as state-owned National Power Corporation, will face the same obstacles if they will decide for more renewables in their power mix.

“It’s not just the I.P.P.’s. Even [machinery] suppliers have to pay the same kinds of taxes.”

Mr. Calanio said the Philippines has a lot of untapped potential for renewable energy. His organization, a professional group of the country’s engineers in the electricity sector, has even intensified member education on renewable energy’s benefits and handling.

Mr. Calanio was recently in Basco, Batanes, the Philippines’ northernmost province, for a gathering of the local chapter of the I.I.E.E. in the area.

Batanes belongs to a region that has the most promising renewable energy resources in the country. The island of Batan itself has three wind turbines so far.

But the island, a rustic spot popular among local tourists, still relies for the most part on its diesel-powered generators. Diesel is shipped regularly to the mainland in cargo vessels.

Mr. Calanio’s area of responsibility also covers Ilocos Norte province in the Luzon mainland south of Batanes, where the famed Bangui Windmills, a 25-megawatt, 15-turbine installation that has become the most recognizable green power symbol in the country, stands.

Even now, he says there are plans by certain investor groups to add more turbines to the Bangui site, this time using more powerful wind turbines.

Mr. Silayan confirms the information. “There are really a lot of interested players in Philippine renewable energy,” he said.

Pre-development contracts are two- to three-year contracts within which interested parties conduct feasibility studies on the renewable energy resource of an area, among other preparatory activities.

The Philippine Renewable Energy Act is intended to accelerate the growth of power from solar, wind, geothermal, biomass and other alternative sources.

The law contains 26 sections under the heading of “General Incentives,” which stipulates rules on tax exemptions, incentives for commercialization, tax credits, tax rebates, and other features.

But Mr. Calanio says government should act now. He cited a recent study warning that the country’s Luzon mainland is facing a power crisis by the year 2015 because higher demand is overwhelming existing capacity.

“If we want abundant and clean electricity at the same time, renewable energy is the way to go,” Mr. Calanio said.

“The challenge is really infrastructure. Currently, our transmission lines will not be able to accommodate all that power from renewables,” Mr. Sibayan said. “And of course there are growing pains. The sector is still young in our country.”