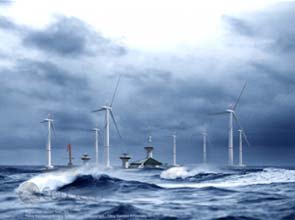 Hexicon Corp. has earlier sought support from Sweden, Malta, and Cyprus for the financing of its offshore wind technology, which puts together turbines and other applications for wind and wave power on a floating platform.

The Swedish Energy Agency, the Malta Resources Authority, and the Ministry of Agriculture, Natural Resources and Environment of Cyprus evaluated the technology. They approved the project based on criteria of feasibility and low risk level.

The approval of the three countries will be significant for the qualification of the technology during the final process of choosing the winning projects.

We are now looking forward to advance into the construction phase and together with our partners take the next step towards the launch of a first Hexicon platform,” said Hexicon’s chief executive officer Anders Tunbjer.

There are 78 proposals for carbon capture and storage facilities and renewable energy projects that were submitted to the Commission. Of the total, majority of the projects were under the bioenergy and wind energy categories.

Britain is one of the countries which occasionally tap the 4.5-billion euro fund. The British government submitted a dozen clean energy projects, seven of which are carbon capture and storage facilities, four are marine energy projects, and one of which is a wind energy venture, for approval.

The decision is expected to come out mid next year.