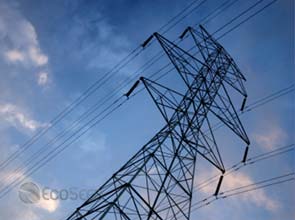 The developers of the proposed 1,100-megawatt Northeast Energy Link transmission project in the United States’ New England region has filed for a participant funding scheme with the Federal Energy Regulatory Commission.

Northeast Energy Link is an underground, direct-current transmission line that would stretch about 220 miles from northern Maine to northeastern Massachusetts, being developed by National Grid and Bangor Hydro Electric Company. Its aim is to provide southern New England energy consumers with connection to low-carbon electricity sourced from northern and eastern Maine and eastern Canada.

Under the proposed participant funding approach, renewable energy generators would pay to use the project’s transmission capacity. The option is a way of sending signals to generators and to pay for grid upgrades efficiently.

National Grid said First Wind Holdings, L.L.C. intends to buy the majority of the proposed transmission line’s capacity. The Boston-based company plans to build wind farms in northern and eastern Maine. Remaining capacity would be sold to other energy producers.

The project is still in its preliminary stages. National Grid and Bangor Hydro will evaluate a number of potential routes, including one that will use existing corridors in eastern Maine, New Hampshire and Massachusetts.

Research on site planning and permitting preparation will be conducted this year and will continue over the next two to three years.

Construction is estimated to take three years after preparatory studies. The developers expect the project to be completed at the end of 2016.

Proponents said renewable energy generation coursed through the Northeast Energy Link has the potential to lower market prices in the New England region by as much as $7.3 billion over 30 years.

“Having access to the significant renewable and carbon-neutral energy resources in Maine and eastern Canada makes this a huge win for New England energy consumers, who will enjoy the benefits of cost-competitive, clean and reliable energy for years to come,” said Tom King, president of National Grid USA.