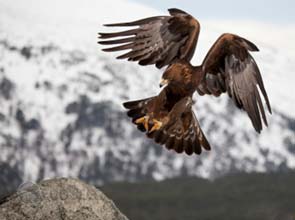 The United States Department of the Interior approved the construction of Iberdrola Renewables 186-megawatt Tule Wind Power Project in the In-Ko-Pah Mountains of San Diego County, California, making it the first to be approved among the five priority wind projects for public lands agreed on by secretary Ken Salazar and then-governor Arnold Schwarzenegger in 2009.

«We applaud the effort by the Department of the Interior, which worked closely with the state of California to effectively execute the environmental review process for Tule Wind and other priority projects to bring jobs and revenue to these communities,» said Harley McDonald, business developer for Iberdrola Renewables.

Mr. Salazar signed a record of decision on the Environmental Impact Statement for the project rising in the McCain Valley about 70 miles east of San Diego County.

Tule Wind is the first wind energy project approved on public lands in California since 2002.

In its Record of Decision, the D.O.I. reduced the number of Tule Wind’s 3-MW turbines to 62 from 128 to avoid impacts to biological, cultural, and hydrological resources.

«We’ve been working closely with the [U.S.] Fish and Wildlife Service on science-based solutions to avoid impact to all avian species – in particular, golden eagles. All the federal agencies involved in this effort recognize the need to minimize the project’s environmental impacts, and realize the broader benefits of wind energy, creating jobs and meeting renewable energy goals,» said Stu S. Webster, director of Permitting and Environmental for Iberdrola Renewables.

Mr. Webster said Iberdrola facilitated two years of telemetry studies on golden eagles and nesting surveys in accordance to U.S. Fish and Wildlife Service and California Department of Fish and Game rules, and observed only two eagles during the surveys at the projects site.

«The studies indicated low use of the site by golden eagles, telling us that collision with a Tule Wind turbine is unlikely. However to err on the side of caution and prove that our science-based deductions are accurate, we have commissioned to continue another year of studies on the northern ridge through the Wildlife Research Institute, which has been studying eagle activity in San Diego County for 23 years,» said Mr. Webster.

«It is expected that these additional studies will confirm little-to-no use by the eagles of the valley portion of the project area and further characterize eagle use near the northern ridge and confirm that there is very low risk to these eagles,» he added.

Along with Iberdrola, the World Resources Institute had already conducted two years of golden eagle nesting and territory analyses and one year of raptor migration studies on the site.

It will be connected to the proposed Boulevard Substation rebuild component of San Diego Gas & Electric’s East County Substation Project.

«CleanTECH San Diego is keenly interested in not only the region’s air quality, but also economic opportunities that create jobs for our region. As a leader in the clean energy economy, we support the development of renewable energy projects that further diversify our energy resources,» said CleanTECH San Diego president and chief executive Jim Waring in support of the project.

«To this end, we encourage the County Board of Supervisors to approve Tule Wind as proposed, to fuel the region’s economy and meet clean air mandates,» he added.

Connecting offshore power to the grid

The D.O.I. also took a vital step in forwarding the development of an offshore wind transmission line on the Atlantic Outer Continental Shelf, completed its internal review process for the right-of-way application for Atlantic Wind Connection’s offshore wind backbone transmission project determining that the filing is ready for public review.

The A.W.A., a proposal from Atlantic Grid Holdings Development, would stretch 350 miles off the coast from New Jersey to Virginia to connect 7 gigawatts of offshore wind power to the grid.

«Compared to each wind farm building its own transmission lines, our project is the most affordable, efficient, and environmentally-sensitive solution for connecting offshore wind,» he added.

A.W.C. is the first offshore backbone electricity transmission system proposed in the U.S., with up to 7,000 MW of offshore wind turbine capacity to be cost-effectively integrated into the regional power grid operated by PJM Interconnection.

Interior deputy secretary David J. Hayes said the department will be completing environmental assessment reviews in New Jersey, Delaware, Maryland, and Virginia this coming January, after which the D.O.I. will be granting leases for offshore wind development in those states, which are part of the department’s three-year Smart from the Start initiative.

All in all, 25 renewable energy projects had been greenlighted to use public lands since January 2009, including 15 commercial-scale solar energy facilities, three wind projects and seven geothermal plants Mr. Salazar said.

The projects are expected to create nearly 12,000 construction and operational jobs and produce nearly 6,200 MW of energy, enough to power 2.2 million American homes.

«We have made steady and swift progress in carrying out President Obama’s initiative for a rapid and responsible move to large-scale production of renewable energy on public lands. We have green-lighted 25 projects in the last two years, including solar, wind and geothermal facilities that are generating good jobs, strengthening local economies and laying the foundation for a sustainable energy future,» Mr. Salazar said.

«Together, these projects will produce the clean energy equivalent of nearly 18 coal-fired power plants, so what’s happening here is nothing short of a renewable energy revolution,» he added.

The PaTu wind farm is surrounded by the 850-MW Klondike and Biglow Canyon wind farms.

«As clean energy project developers, we know how to select the highest-quality R.E.C.’s and offsets for our voluntary customers. PaTu Wind works with independent tracking programs to verify its products, and we pass that along to our customers, as well as the knowledge that purchasing R.E.C.’s from us further supports our clean energy projects,» said OneEnergy Renewables chief executive Bryce Smith.

For his part, Seattle City Light director of resource acquisition Robert Cromwell said: «City Light appreciates the opportunity to work with PaTu and Karbone as City Light fulfills its renewable portfolio standard requirements at the least possible cost to our customer-owners.»

«This agreement contributes to the continued development of renewable generation in the Northwest, consistent with the City of Seattle’s values and vision for a clean energy economy,» he added.

Seattle City Light serves 1 million customers. OneRenewable Energy, founded in 2009, drives demand for renewable energy through the sale of R.E.C.’s and carbon offsets, and drives supply through the development of utility-scale wind and solar projects.

The project was led by Wisconsin contractors Boldt Construction, Edgerton Contactors and Michels Corp., with turbine towers manufactured in Manitowoc by Broadwind Inc. More than 350,000 labor hours were devoted to the project since construction began in May 2010.

We Energies is currently building a 50-MW biomass plant in Rothschild to be completed in 2013, after which We Energies will be in compliance with the Wisconsin’s renewable energy standard that requires utilities in the state to generate 10 percent of their retail energy sales from renewable sources by 2015.

We Energies serves more than 1.1 million electrical customers and more than one million natural gas customers.