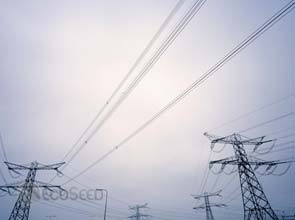 In a talk during the Power and Electricity Philippines conference on Wednesday, Jose Antonio Valdez, Meralco’s Vice President and Head of Marketing and Customer Solutions and Innovations

Smart grid technology is the way forward to perk up the Philippines’ energy system, according to a top official from Manila Electric Company, the country’s largest electrical power distributor.

In a talk during the Power and Electricity Philippines conference on Wednesday, Jose Antonio Valdez, Meralco’s Vice President and Head of Marketing and Customer Solutions and Innovations, said smart grid is a “game-changer” in the Philippines’ energy sector, benefitting every Filipino household with better grid performance and leading the growth of local industries in the country.

Imperative for the Philippines

According to Mr. Valdez, using smart grid technologies is not an option but rather a necessity for the Philippines given that electricity costs are high. It is ranked the second highest in Asia and ninth highest in the world.

Studies revealed that electricity price are expensive because electricity production relies heavily on fossil fuels such as coal, oil and natural gas, which prices are based on international standards.

Mr. Valdez said Meralco is recognizing the need to address these concerns and smart grid is the smartest solution. “Meralco’s innovation efforts are most directed levelling up customer service, building up intelligence and its distributing network, and making power more affordable.”

“Smart grid will enable the use of smart meters which would open up a number of possibilities for our consumers.” These include three advancements – prepaid retail electricity service, home energy management system as well electric vehicle charging stations.

The prepaid retail electricity service aims to address demand among Meralco’s low energy consuming households, or those who spend an average of around 1,500 to 3,000 pesos per month.

Mr. Valdez likened the P.R.E.S. functionality to a mobile phone prepaid service experienced by 99 percent of Filipinos. Customers choose the denomination of the amount to be loaded and the retailer loads up the chosen denomination. The retailer and the customer then both received a confirmation message.

Currently, P.R.E.S. is undergoing a test in 40,000 households across the country.

“From there, we move to quickly explode this and we see every reason why our 5 million customers will want a smart meter. Based on research within last year, our customers agreed,” said Mr. Valdez.

Home energy management system, on the other hand, would bring home automation that will allow out of home control of the appliances be part of one’s everyday lifestyle.

Mr. Valdez said consumer can either turn off or on appliances even away from home. In addition, they can see their consumption data at time intervals and on demand, allowing them to monitor and control their use.

“More than switching it off, [the consumer] gets a good idea of what is happening in his household and to a certain stance, do parenting. He would know if the children indeed do their homework after school – one, when the P.C. is on and whether they are watching T.V. or not,” said Mr. Valdez stressing that home energy management system also provides social benefits.

Finally, Meralco noted that it envisions mainstreaming environmentally friendly electric vehicles in the near future.

While the technology has been developed two decades ago, it was only in 2012 when the Philippines started adopting it with the Asian Development Bank investment in 100,000 electric tricycles to help reduce greenhouse gas emissions.

Meralco is supporting the initiative by providing charging stations, and it is also looking at the possibility of manufacturing electric public utility vehicles, tricycles and jeepneys.

Time to join the move

Mr. Valdez said both the art and science of smart grid technology is fast-gaining attraction among utilities worldwide. Now, it is about time that the Philippines to take advantage of the opportunities provided by this technology.

“We want to keep up with technologies around the world and we will embark on a smart grid journey,” said Mr. Valdez noting that Meralco took benchmark of this journey from smart grid implementation globally and find out how these could be applied to the Philippines.

Above all, Mr. Valdez said taking up a smart grid path would not only call for an enlightened utility but similarly an enlightened and multi-creative government.

Meralco needs to collaborate with the Department of Energy for the policies and with the Energy Regulatory Commission for the costs of covering.

“With Meralco, government and more other stakeholders in the step, we leap towards a brighter tomorrow for the Philippines,” concluded Mr. Valdez.

The Power and Electricity Philippines is a two-day conference held on February 27 to 28 at InterContinental Manila, Makati. It brought together government representatives, private sectors and industry leaders.

The event, a first-of-its-kind, aimed at tackling new investment opportunities across the Philippine energy industry.