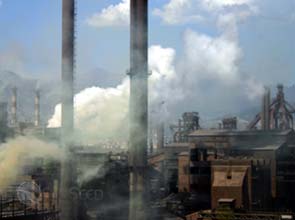 “This research shows that with strong political will, China can prosper while eliminating coal from its power mix within the next 30 year, “points out Mr. Lu.

China can transition to 80 percent renewable electric power system by 2050 at a cost that is less than continuing to rely on coal.

This is the finding of a new report prepared by the Energy Transition Research Institute for the Worldwide Fund for Nature. The China’s Future Generation report examines China’s future electricity supply and demand on an hour-by-hour basis through 2050.

“By fully embracing energy conservation, efficiency and renewable, China has the potential to demonstrate to the world that economic growth is possible while sharply reducing the emissions that drive unhealthy air pollution and climate change,” said WWF’s China Climate and Energy Program Director Lunyan Lu.

According to the report findings, if China did transition to 80 percent renewable energy, they could cut their carbon emissions from power generation by around 90 percent less than currently projected levels for 2050 without compromising the reliability of their energy grid or slowing their economic growth.

“This research shows that with strong political will, China can prosper while eliminating coal from its power mix within the next 30 year, “points out Mr. Lu.

China has made major development strides in the past 20-plus years but while this may have brought increased economic prosperity, it has also increased their carbon emissions as they are still currently fossil fuel dependent.

China’s carbon footprint per person is now close to that of the E.U. and it is one of the largest greenhouse gas emitting countries in the world. It is also suffering from dangerous levels of local pollution, exemplified by its recent problem with smog. On red alert pollution days, when air pollution levels are at a dangerous high, low visibility brings activity to standstills and the residents need air purifiers and face masks to protect them from the dangerous health effect of smog.

Despite increased investments in renewable energy projects in China, the country is still relying heavily on coal. Nearly 80 percent of their power is still generated by coal.

Capping coal consumption in the next few years is the only way for China to get on the path for sustainable growth.

The High Renewables scenario was found to be most desirable as it produces the lowest amount of carbon emissions and has the lowest cost of any scenario.

Entri found that the total cost of the power generation system under the current, business-as-usual Baseline scenario is more than transitioning to the 80 percent renewable energy by 2050 picture seen under the High Renewables scenario.

Phasing out coal would also have major climate and local environment benefits that would be profitable for China and its population in the long run.

China is believed to have a wealth of skilled and highly educated professionals who could help steer the country towards low-carbon development, what would be needed is for China’s leaders to address climate change and local pollution problems in China.

The report recommends that China’s leaders double down on energy efficiency; prioritize low-carbon electricity supply investments; allow process to reflect the cost of service; and collect, publish, and analyze the date on the success and impact of renewable project.

With the 2015 deadline for a global climate agreement approaching, the report notes that, new domestic action in China is desperately needed. Aside from solving its own pollution problems, efforts to cap China’s emissions would help set the world on a path to a safer climate future. – K.R. Jalbuena