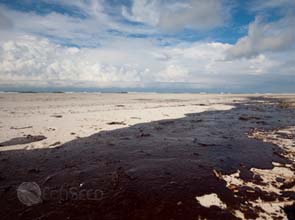 Sierra Club and Environment Texas said equipment breakdown, malfunctions and other incidents at the Baytown complex and two petrochemical plants operating in Harris County on the Texas Gulf coast resulted in the company’s responsibility for violating the Clean Air Act since 2005.

Over 2,500 violations at Baytown over the past five years were recorded based on Exxon Mobil’s deviation reports which were submitted to the Texas Commission on Environmental Quality. These include flare outages, monitoring lapses and tank failures. The company’s open-ended lines of piping are also responsible for releasing toxic gases, the plaintiffs said.

The lawsuit seeks a court order requiring Exxon Mobil to end its Clean Air Act violations. The company faces possible civil penalties of up to $37,500 daily for each violation.

“As long as major polluters continue to foul our air, and as long as state regulators fail to take effective action, we have a duty to our members and to the public to try to enforce the clean air laws ourselves,” said Luke Metzger, executive director of Environment Texas.

This is the two groups’ third federal lawsuit in three years on illegal air emissions in the Houston area. They have previously filed against Shell, which paid a $5.8 million penalty and agreed to upgrade its Deer Park refinery and chemical plant, and Chevron Phillips Chemical Company, which paid a $2 million penalty and decided to upgrade its Cedar Bayou chemical plant.

Emissions at Exxon Mobil’s Baytown complex reportedly exceed those in the Shell and Chevron Phillips cases combined. These chemicals include sulfur oxide, hydrogen sulfide, cancer-causing agents such as benzene and butadiene, carbon monoxide and nitrogen oxide.

“Air quality in Harris County, and especially along the Houston Ship Channel, continues to be among the worst in the nation,” said Dr. Neil Carman, one of the directors of Sierra Club’s clean air program.

“Whether you’re talking about high levels of ozone that make it difficult to breathe or about toxic and carcinogenic chemicals, industrial facilities like Exxon’s Baytown plant are major contributors to the problem.”

Exxon Mobil is no stranger with environmental complaints. It was involved in a massive oil spill in Prince William Sound, Alaska in March 1989 after an oil tanker bound for Long Beach, California struck Bligh Reef and spilled up to 750,000 barrels of crude oil, considered among the worst such cases.