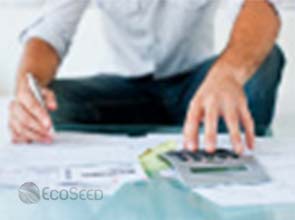 Much of the bulk of the D.O.I. and the E.P.A.’s proposals went to water conservation and preservation programs. Of the $11.2-billion budget for D.O.I., $5.5 billion were allotted to the “America’s Great Outdoors” program for the Land and Water Conservation Fund, which hands out land and water acquisition and conservation grants.

The E.P.A.’s Clean Water and Drinking Water State Revolving Fund, on the other hand, gets the lion share of $2.5 billion of the agencies’ total proposed allocation.

D.O.I. Secretary Ken Salazar said the Obama government, adhering to a prudent fiscal spending, is getting money to fund major investments by reducing budgetary allocation in other programs deemed with lesser importance.

“The President’s budget makes tough choices, cutting costs through program terminations, reductions and management efficiencies, recognizing the nation’s need to live within its means,» D.O.I. Secretary Ken Salazar said. «But it does so responsibly, because for America to be at its best and win the future, we need lands that are healthy, waters that are clean, and a broad range of energy sources that can help power our economy,” he said.

Program reductions, Mr. Salazar said, were proposed in every bureau and office in Mr. Obama’s proposed budget. Budget for construction was cut by $163 million, so land management agencies will have to freeze new construction and defer construction of replacement facilities, and the Office of Indian Affairs will not construct replacement schools or school facilities.

The 2012 D.O.I. budget proposal also contained a five-year freeze on discretionary funding as well as a freeze on Federal salaries for 2011 and 2012.

For her part, E.P.A. administrator Lisa P. Jackson said that their budget proposal focused on programs that will provide services to empower the environment and the people.

“[T]his budget reflects the tough choices needed for our nation’s short- and long-term fiscal health, and allows E.P.A. to maintain its fundamental mission of protecting human health and the environment. This budget focuses our resources on the most urgent health and environmental challenges we face,” she said.

Other major allocations in the E.P.A. budget included $1.2 billion to support cleanups at hazardous waste sites that address human health and environmental hazards at the nation’s highest priority sites; and $1.2 billion for state and tribal grants to help communities meet the pollution standards E.P.A. has developed under the Clean Air Act and the Clean Water Act.