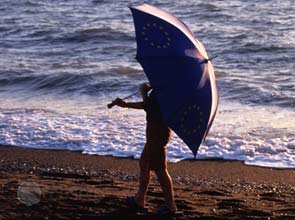 All financial support, channeled through different programs, is designed to fight poverty and the effects wrought by climate change to the Pacific island countries. The support is guided by the Cancun adaptation framework.

European Union development commissioner Andris Piebalgs announced this during a high-level regional conference on climate change in Vanuatu, one of the nine island countries.

Fourteen million euros is being projected to go to Vanuatu, the Solomon Islands, and the University of the South Pacific in Fiji to bridge the educational gap on climate change to students and communities there.

These and the 11.4-million euro package supporting the Pacific small island states will come from the Global Climate Change Alliance, a European Union initiative to improve relations between European countries and developing nations.

At the upcoming review of the European Development Fund, a mechanism to help the Pacific Islands attain their Millennium Development Goals, Mr. Piebalgs said he will propose that 16.16 million euros be designated to addressing climate change.

Mr. Piebalgs said the commission is shifting its priority to financing adaptation programs instead of supporting climate change-related restoration plans in the region.

On the other hand, Mr. Piebalgs hopes the bloc can count on some support from the countries as Europe faces the United Nations in climate negotiations.

Since 2008, the commission has allotted a total of 600 million euros for the Pacific island states. Allocations for this five-year period have been 60 percent higher than the previous five-year plan.