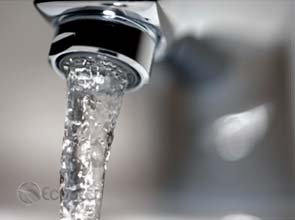 Their study found that if businesses do not adopt sustainable water management, the world will lose $63 trillion or around 45 percent of the projected gross domestic product by 2050

Meanwhile, 52 percent of the global population or 4.8 billion people will face severe water scarcity by2050. Twenty-one percent of children are projected to suffer from malnourishment.

The Convention on Biological Diversity maintains that by 2050, half of the world will experience water stress, a situation where demand exceeds supply.

But even now, Ahmed Djoghlaf, the convention’s executive secretary, explains that water for cities is becoming a concern. Mr. Djoghlaf pointed out that there is an increasing amount of reports of cities experiencing water shortages.

Water management is becoming a significant factor in determining how the world can continue supporting the growing population and economies.

But Laurent Auguste, president and chief executive of Veolia Water America, said currently both developed and developing countries are pushing the resource to the limit.

The convention cited a study stating that to date, O.E.C.D. countries along with Brazil, Russia, India and China have spent around $750 billion yearly for water infrastructure.

But if sustainable water management is adopted, it would mean saving more than 1 billion people and approximately $17 trillion of G.D.P. from risks and challenges brought by severe water scarcity, the Veolia study reported.

Renewable energy is an answer – GWEC

The Global Wind Energy Council gave a World Water Day statement aimed at the energy sector. The group, which represents the global wind trade industry, pointed its finger at the power generation sector consuming huge amounts of water in its operation.

“The global power sector is the largest industrial water user, and it has to start addressing the issue of water consumption, especially in the light of rising electricity demand, and increasing droughts created by the world’s changing climate,” said Steve Sawyer, the council’s secretary general.

“To mitigate climate change, the power sector not only needs to become CO2 free, but also dramatically reduce its water consumption. Wind energy provides a sustainable solution to both these challenges,” he added.

Citing figures from wind turbine maker Vestas Wind Systems, the council said wind power can save more than 2,000 liters of water per megawatt-hour of produced electricity.

The council added that research shows many parts of the already or near to facing water scarcity are at the same time blessed with winds suitable for wind power production.