In the aftermath of disaster: Cleanup solutions for oil spills 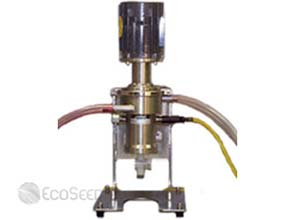 The monetary cost to BP is practically nothing compared with the extensive impact the spill has already had on marine and wildlife habitats that will damage the fishing and tourism industries of the Gulf of Mexico. As the cleanup moves, many things hang in the balance.

The oil disaster is already referred to as the “BP oil spill,” painting the British energy company in a completely unflattering light. It is probably farthest from its mind, but BP now have some star power on its side in signing a deal with Ocean Therapy Solutions, a company which will assist in the oil cleanup using machines which American actor Kevin Costner helped develop.

«It may seem like an unlikely scenario that I am the one delivering this technology at this moment in time, but from where I’m sitting, it is equally inconceivable that these machines are not already in place,» said Mr. Costner in a testimony to the House of Representatives’ Science and Technology committee.

The machines use centrifugal force to separate oil and water. Its largest units are said to be capable of separating 200 gallons of oil from water per minute. After separation, the oil is stored in tanks. The remaining water is supposedly more than 99 percent clean of crude after that.

Ocean Therapy Solutions plans to deploy 32 units of this machine to assist in the cleanup.

Although an initial test of the machine failed – the oil was apparently thickened to a peanut butter consistency due to the dispersants used – Ocean Therapy Solutions has reportedly made adjustments to the machines.
Oil spill cleanup is a hard and nasty business that mostly involves the slow skimming of the oil from the ocean and the use of dispersants. BP (NYSE:
BP
, LSE:
BP
) is already embroiled in an argument with the Environmental Protection Agency over its dispersant of choice Corexit, which has toxicity issues.

BP might want to stretch its imagination to clean up the mess it has gotten itself into. There are a number of universities and companies that offer technologies that could be of use.

A University of Pittsburgh engineering professor claims to have developed a filter for separating oil from water via a simple cotton filter. This cotton filter is coated with a chemical polymer that blocks oil while still allowing water to pass through.

The filter has successfully been tested off the coast of Louisiana, its makers said, and submitted to the Deepwater Horizon Response Web site, a site managed by a consortium of companies and government agencies overseeing the disaster response.

The filter depend on a polymer that bonds with hydrogen molecules in water but at the same time repels oil.

Di Gao, the filter’s developer, envisions large, trough-shaped filters that could be dragged through the water to capture surface oil. The oil could be recovered and stored, and the filter reused.

Another idea comes from Purdue University, where materials engineers have developed a new type of membrane to separate oil from water.

The new technology, which is being licensed through the Purdue Research Foundation’s office of technology commercialization, would last longer than conventional filters in separating oil from water. It works by attracting water while beading oil, traits that are usually mutually exclusive.

Researchers have tested the materials with solutions containing oil suspended in water, similar to concentrations existing in oil spills and other environmental cleanup circumstances.

«Oil dispersed in water and then run through these filters is resulting in a 98 percent separation,» said Jeffrey Youngblood, who developed the technology. He said the technology could also be used for a variety of other applications, including water purification and industrial uses.

All three are just a few of the technologies being highlighted in response to the oil spill. In Ohio, AeroClay Inc. has created an «aerogel” that the company claims can absorb oil from spills or stop pollutants from reaching the environment.

Originally developed for NASA space missions, aerogel supposedly floats to the water surface and absorbs oil. “And then just like a kitchen sponge, you could squeeze the oil out,» said Matt Gawryla, a scientist at AeroClay.

Addressing another aspect, researchers from Oregon State University have created a bacteria strain of Pseudomonas aeruginosa that can produce nontoxic, comparatively inexpensive “rhamnolipids” that can degrade polycyclic aromatic hydrocarbons in oil spills.

Polycyclic aromatic hydrocarbons are toxic, carcinogenic and mutagenic compounds in oil that can affect fish, wildlife and humans. They are a major concern when talking about oil spills as they can cause cancer, suppress immune system function and cause other health issues in the reproductive and nervous system.