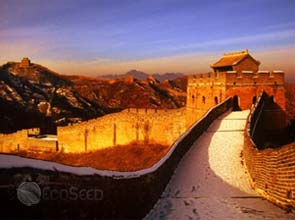 Green spending gives «a very real return for people and economies, north and south,» Achim Steiner told Reuters on Thursday of investments such as in renewable energies or in protecting forests or fresh water.

He said the world had so far earmarked about $500 billion in green spending – ranging from railways to solar power – out of packages agreed in recent years to stimulate the sagging world economy worth more than $3 trillion.

In 2008, UNEP called for $750 billion, or 1 percent of gross domestic product, to be devoted to a «Global Green New Deal» to put the world onto a less polluting path. Current plans mean a $250 billion shortfall from UNEP’s goal.

«The G-20 particularly has huge potential in energy, mobility, buildings, agriculture, forestry, water,» Mr. Steiner said ahead of the G-20 summit in Toronto this weekend. «The G-20 has to be seen to be active.»

And he said that almost 40 percent of earmarked green funds so far were by China, meaning a shortfall by many developed economies. «Not one of them reach the one percent (of G.D.P.) threshold that we identified as the critical mass,» he said.

«The green economy is not a luxury, but a 21st century imperative on a planet of six billion, rising to [nine] billion in just 40 years,» Mr. Steiner and Pavan Sukhdev, head of UNEP’s Green Economy initiative, wrote in a pre-G-20 comment.

«The G-20 summit has the opportunity…to enable this transition by taking a leadership role in Toronto,» they wrote in the commentary to be distributed on Friday by international nonprofit group Project Syndicate.

Mr. Sukhdev told Reuters that many developing nations understood the value of a shift to greener economic growth, including a higher value on nature.

Examples included renewable energy in China – a sector that now employs 1.5 million people with 300,000 new workers added in 2009 alone – efforts by India to improve water security or by Uganda to boost organic agriculture in Uganda.

«The greening of economies…is actually a necessity for the developing world. And not only is it a necessity but they understand it and many are moving quite far, quite fast,» Mr. Sukhdev said.

A leaked draft of a G-20 final statement dropped a mention of past G-20 plans to phase out inefficient fossil fuel subsidies, while reiterating «our commitment to a green recovery and to sustainable global growth.»

Mr. Sukhdev said that fossil fuels were not the only barrier.

Estimates showed the fossil fuel industry got subsidies of $300 to $500 billion a year, the fisheries industry $27 billion even though many fish stocks were in decline, and farmers got $275 billion, often in damaging pesticides, he said.