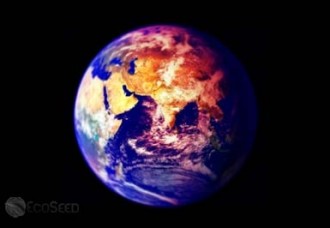 China is getting up to $385 million in funding to get rid of its ozone depleting substances.

The Multilateral Fund, for the Implementation of the Montreal Protocol, has agreed to provide China with the funds to eliminate their industrial production of O.D.S. by the year 2030.

China is currently the largest producer and consumer of the ozone depleting substances known as hydrochlorofluorocarbons or H.C.F.C.s, with 92 percent of the total H.C.F.C. production of developing countries.

According to a statement by the Government of China, the total amount of H.C.F.C.s to be eliminated over the period to 2030 will prevent the emissions of over 4.3 million metric tons of H.C.F.C.s – the equivalent of 300,000 tons in terms of ozone depletion potential – and 8 billion tons of carbon dioxide equivalent greenhouse gas emissions.

“This is an important step which demonstrates yet again the significance of the Montreal Protocol in providing effective climate mitigation through a tried and tested process,” said Clare Perry, senior campaigner for the Environmental Investigation Agency.

H.C.F.C.s are commonly used in the refrigeration, air conditioning and foam manufacturing sectors as well as in solvents and, to some extent, for fire protection equipment and the sterilization of medical devices. However, once they get into the atmosphere, they are a powerful ozone depleting substance.

The phase out of H.C.F.C. production in China – and the subsequent drop in production of HFC-23 – will help mitigate climate change and is considered crucial to ensure the success of the Montreal protocol.

The E.I.A. is also calling on China to formally pledge to destroy the HFC-23 from its H.C.F.C. production facilities.

The Montreal Protocol is an international treaty that sets time bound targets to reduce and eventually phase out the consumption of ozone depleting substances in both developed and developing countries.

To this extent, the Multilateral Fund for the Implementation of the Montreal Protocol was established to provide financial and technical cooperation to enable countries to comply with the protocol’s targets.

Since 1991, the Multilateral Fund has approved and funded activities worth approximately $3 billion for the phase out of more than 460,000 tons of O.D.S. – EcoSeed Staff