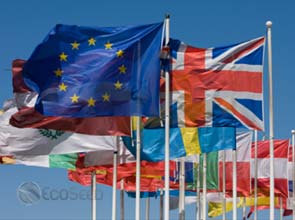 Projects that generate tradable credits by getting rid of trifluoromethane or HFC-23 and nitrous oxide will no longer be able to do so by May 1, 2013, if it goes through the European Parliament.

In November last year, E.U. climate commissioner Connie Hedegaard submitted a proposal for the banning of the two industrial gases.

The proposal will be examined by the European Parliament for three months and will be adopted by the commission if no objections are raised.

But the ban is likely to be welcomed by environmental groups who have argued that the use of HFC-23 and nitrous oxide credits undermines the environmental integrity of the carbon trading scheme.

Some businesses allegedly produce larger quantities of the toxic gases deliberately in order to get extra credits.

In what has become a lucrative trade, projects that eliminate trifluoromethane now reportedly pay up to 78 times more than initial capital investment and operational cost.

Moreover, such activities pay up to 75 times more than the actual production of the refrigerant through credit sales.

The high price can be due to the fact that the greenhouse gas is 11,700 times more potent than carbon dioxide, according to the United States Environmental Protection Agency, and hence generate more carbon dioxide equivalents.

«Not only are some of these credits of doubtful value, continuing to use them is also not in the European Union’s interest as doing so could discourage host countries from supporting cheaper and more direct action to cut these emissions,” she added.

“Our aim is not to reduce the number of credits available but to ensure the international carbon market is based on a better quality and distribution of credits,” the commissioner said.

Asian countries could be hit hard

The ban could have major implications for countries such as China and India since two out of every three credits issued in the trading scheme are derived from projects that come from them, spread among just 23 industrial gas plants.

Eighty percent of trifluoromethane credits and 60 percent of nitrous oxide credits under the Clean Development Mechanism come from China. Most of what remains are generated in India and a few advanced developing countries.

Carbon traders and investors argue that the move will lead to a spike in the carbon price. The commission assures there are enough credits available from 2,300 other projects that do not destroy both gases to supply the trading scheme over the next 10 years.

The commission said credit prices should be relatively unaffected.

Fitch Ratings, an international credit rating agency, said early this month that the HFC-23 debate might take its toll on Indian chemical manufacturers that rely on carbon credit sale to finance their capital expenditure plans.

Likewise, Gujarat Fluorochemicals said that it made 66 million euros from selling 6.5 million credits, exceeding its income from production of the trifluoromethane source HCFC-22.