Climate Change Will Lead To Grim Future For Marine Ecosystems 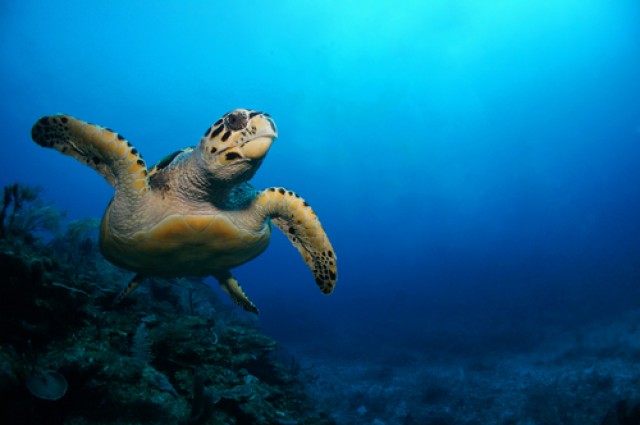 However, it’s not all good news: a new study dramatically reveals which low-lying American cities are already doomed by climate change, including New Orleans and Miami.

A new study published in the Proceedings of the National Academy of Scienceshas revealed that man-made global warming is having a significantly detrimental effect on marine ecosystems, which will possibly lead to a collapse in the food chain.

The United Nations Conference on Climate Change is happening at the end ofNovember, and the run up to it has seen a selection of boosts to its objective of combatting man-made (anthropogenic) global warming. Sweden, for example, has declared it aims to be the world’s first fossil fuel-free nation, and the International Energy Agency has concluded that 26% of the world will run on renewable energy by 2020.

However, it’s not all good news: a new study dramatically reveals which low-lying American cities are already doomed by climate change, including New Orleans and Miami.

Of course, it’s not just our planet: we share it with billions of forms of life, and rapid, dangerous climate change will affect the ecosystems across the world in complex ways.

The oceans are no exception to this, and this latest study casts a gloomy shadow over the future of aquatic ecosystems. Specifically, biodiversity is decreasing in a range of communities, including tropical and arctic waters, coral reefs, open oceans and kelp forests.

The researchis what is known as a meta-study: an analysis of pre-existing data published on the subject. The authors, from the University of Adelaide, Australia,scoured through 632 papers investigating marine ecosystems, and the findings were damning.

The exponential increase in the carbon dioxide content in the atmosphere doesn’t just cause a more potent greenhouse effect: the gas dissolves in water to form carbonic acid, and the more we emit, the more acidic the oceans get. If this happens at a rate too fast for life to adapt, then it will begin to die out. This is precisely what the authors of the study found, showing that biodiversity across a range of ocean communities will drop and many key species that underpin these ecosystems will die out.

«There is a mismatch with less food available for carnivores,» said IvanNagelkerken, one of the co-authors of the study, in a statement. «There will be a species collapse from the top of the food chain down.»

This study will also come as bad news for coral reefs: both increasing water temperatures and rates of acidification will hamper the ability for coral to form habitats. With a new global bleaching event declared by the National Oceanic and Atmospheric Administration, this news strikes a particularly morbid tone.

“We know relatively little about how climate change will affect the marine environment,» said SeanConnell, the other co-author of the study, in the statement. «Where quantitative [measurable by numbers] assessments exist, they typically focus on single stressors, single ecosystems or single species. This analysis combines the results of all these experiments to study the combined effects of multiple stressors on whole communities, including species interactions and different measures of responses to climate change.»

Make no mistake, this ecosystem collapse will directly affect us humans–fisheries around the world will find major stocks of fish being rapidly depleted as a result. As always, the only sensible thing to do is to try and curb global carbon emissions, which is precisely what the upcoming UN conference will hope to agree on.