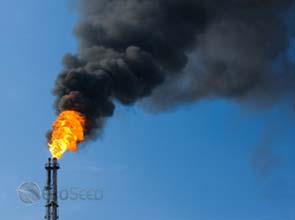 Mr. Rudd’s government was widely criticized for failing to fully explain the complex legislation that voters and business feared would increase costs and give overseas rivals a competitive edge.

The opposition had labeled it a great big new tax, while the Greens said it was flawed and not ambitious enough, leading to policy paralysis on carbon trading.

«It is as disappointing to me as it is to millions of Australians that we do not have a price on carbon,» Ms. Gillard told reporters.

«And in the future we will need one. But first we need to establish a community consensus for action.»

Ms. Gillard faces a national election within months and her call for more consultation on putting a price on carbon emissions in the world’s top coal exporter could ease voter and business uncertainty on future carbon costs.

«If elected as prime minister, I will re-prosecute the case for a carbon price at home and abroad,» she said but pointed to the economy-wide impacts of putting a price on emissions from industry, power stations and transport. Australia is one of the developed world’s top per-capita carbon emitters.

«I fundamentally believe that if you are going to restructure our economy so that we can deal with a carbon price and deal with all the transformations in our economy that requires then you need community consensus to do so,» she added.

Many mining firms had opposed Mr. Rudd’s emissions trading scheme, even after his government amended it to include a phased-in price on carbon emissions, fearing it would hurt profits and cost jobs.

Other sectors, including some power generators, have demanded greater clarity on future carbon costs to give certainty to investment plans and financing costs.

The Obama administration has also struggled to win support for a climate bill because of opposition from some industries and uncertainty over costs to voters.