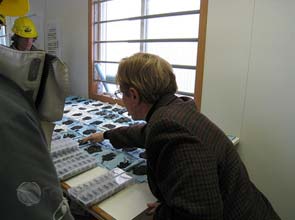 Directors from the United States Department of Energy’s Pacific Northwest National Laboratory and the National Energy Technology Laboratory convened with researchers from the Chinese Academy of Sciences in Beijing in June to jumpstart the research projects.

The projects are under a memorandum of understanding agreed among the three organizations in May 2009, which aims to significantly reduce environmental emissions and improve efficiency of fossil fuel conversion.

Next, the team will work on co-gasification of coal and biomass and will jointly develop new, higher temperature materials and methods to remove wastes and impurities in the emissions stream.

Lastly, the team will improve the overall efficiency and economics of converting synthetic gas into natural gas by using advance computational simulations and new catalyst materials.

“The United States and China are the world’s two largest economies and face similar challenges with growing energy consumption and its impacts. We owe it to ourselves and the world to develop and then deploy technology that will significantly reduce industrial emissions,” said Mike Kluse, director at the Pacific Northwest National Laboratory.

The Washington-based laboratory established a working partnership with China in the early 1990’s when it helped found the Beijing Energy Efficiency Center. In 2006, the laboratory formed the International Consortium for Clean Energy with the Chinese Academy of Science’s Dalian Institute of Chemical Physics and the Institute of Coal Chemistry.

The laboratory, managed by Ohio-based Battelle Memorial Institute, receives an annual budget of almost $1.1 billion to focus on researching the next generation of biofuels, designing smart grid technologies and devising building efficiency standards.