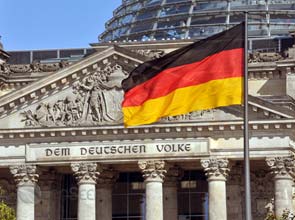 Through a joint draft act, the Ministries of Environment and Economics are pushing for the gradual development of carbon capture, transport and storage technologies.

The proposed law sets out rules for the initial buildup of carbon capture and storage technology testing and demonstration facilities, but promises to address safety concerns at the same time.

The proposal will initially restrict storage to testing and demonstration purposes. Storage facilities must apply for license by the end of 2015.

The proposed law would be scrutinized thoroughly by 2017. The federal government is compelled to prepare a report for the German parliament after the 2017 evaluation to determine whether carbon capture and sequestration could be used in a larger scale.

“This is an important contribution to ensuring better climate protection in Germany as an industrial location. We will proceed step by step and take the concerns of the public very seriously,” said environment minister Norbert Röttgen.

“Clean coal” critics such as Greenpeace oppose carbon sequestration primarily for being an unproven technology. They claim as the technology takes time to be developed, it would not give immediate results on eliminating greenhouse gases that trap heat and make the planet warmer.

Critics also point out the safety issues involved with storing carbon dioxide on the ground.

Germany’s proposed carbon capture act will require all demonstration storage facilities to take precautionary measures against the technologies’ negative impacts on humans and the environment.

Landowners can also expect protection if their land is accessed or used for exploration while affected municipalities will receive financial compensation, the ministries said.

The proposed legislation is a revision of the 2009 carbon capture law, which suffered from lack of public acceptance and was suspended in July last year. It will be deliberated by the federal government and a final decision will be made by the end of the year.

Economics minister Rainer Brüderle said developing and newly industrializing countries will not abandon the use of fossil energy sources “any time soon” due to an increasing world population and rising energy demand.

“C.C.S. is therefore a necessary technology, since billions of [metric tons] of carbon dioxide will have to be permanently disposed of in the decades to come. By agreeing on the draft act, we are giving German industry the opportunity to swiftly develop this key technology and use new export opportunities worldwide,” he added.

Swedish power company Vattenfall A.B. has been operating since 2008 a 70 million euro ($90.8 million) pilot carbon capture project in the Schwarze Pumpe coal power station near the German city of Spremberg.