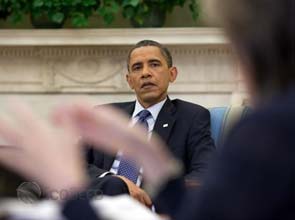 After reviewing the status of the climate legislation through a mixed caucus of Senate Democrats and administration officials, Mr. Reid said that the bill would not have ample support should the Republicans consistently mount opposition.

“We always know, from day one, that in order to pass comprehensive energy climate legislation, you’ve got to reach 60 votes. And to reach those 60 votes, you’ve got to have some Republicans,” said Massachusetts senator John Kerry, a chief initiator of the climate bill.

“Unfortunately, this time, we don’t have a single Republican to work with in achieving this goal,” added a visibly disappointed senator Reid, who is from Nevada.

The announcement means the senate will be able to tackle the climate bill in September at the earliest, a more hectic schedule as the United States congressional elections in November nears.

Following the announcement, the senators said they will just focus on addressing the Gulf of Mexico oil spill, starting off with introducing a four-part bill. The bill would hold British Petroleum accountable for producing what has escalated into one of the worst environmental disasters in the United States history.

The bill would encourage the development and production of natural gas vehicles with special focus on big trucks, to help reduce the country’s dependence on imported fossil fuels.

It would also seek to pass the Home Star program which aims to create new jobs in existing industries by offering short-term incentives for energy efficiency retrofits in residential structures.

The Senate’s temporary backing out holds back United States President Barack Obama’s plans to promote clean energy and other low-carbon economies in the country.

In a statement, the Alliance for Climate Protection criticized both the Republican Party and big oil companies for hampering the progress of climate legislation.

“It is wrong that hundreds of millions of lobbying and advertising dollars from big oil and dirty coal, along with obstruction by the Republican leadership in the Senate, have blocked debate and action on comprehensive climate and energy legislation,” said Maggie Fox, president and chief executive officer of the alliance.